David Isaac: Controversy over his planned appointment to chair the Equality and Human rights Commission 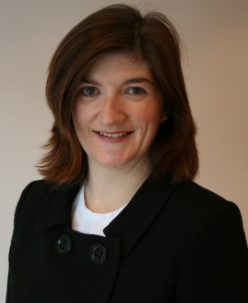 A row will break out when Parliament returns over the government’s choice for the new chair of Equality and Human Rights Commission.

The Joint Committee on Human Rights and the Women and Equalities Committee have delayed approving the government preferred candidate, David Isaac, a lawyer earning over £500,000 a year because of a “ perceived conflict of interest “ between his new job and his  firm’s financial interests.

The chairs of both committee, both experienced ex ministers, Harriet Harman and Maria Miller, have decided to summon Nicky Morgan, the education secretary who has responsibility for equalities; Sir David Normington, Commissioner for Public Appointments and Sue Gray,Director-General, Propriety and Ethics Team at the Cabinet Office, to a hearing as soon as possible after Parliament returns. I have written about this in Tribune magazine..

The row followed the disclosure during a pre- appointment scrutiny hearing  before Easter that Mr Isaac, a partner in lawyers Pinsent Masons, would keep a equity share holding in the firm while being the new chair. The British law firm has global ambitions.

Pinsent Masons has substantial government contracts  in fields covered by the commission and Mr Isaac would stand to get a share of the profits from these contracts. He earns £500,000 a year as an equity partner compared £50,000 as part time chair of the commission.

The committees were promised that there would be “Chinese Walls” created to ensure Mr Isaac would have no say over any new contracts but were not satisfied and asked to see documentation to ensure that this was the case.

The committees then consulted their panel adviser on the matter and got nowhere.

As the letter  from the committee chairs to Nicky Morgan says: “The Committees sought information from the panel assessor who will have considered in detail potential conflicts of interest as part of the process that determined Mr Isaac is an ‘appointable candidate’.

“ However, we were told that under the terms of the Liaison Committee and Cabinet Office guidance such documents could not be released to the Select Committees either in part or in full. As a result, the committees were unable to undertake one of their purposes as set out by the Liaison Committee terms of reference: “scrutiny of the quality of ministerial decision-making”.

A spokesperson for the Government Equalities Office said: “David Isaac has an impressive track record and brings a range of experience both from his work on LGBT issues and human rights and as an experienced lawyer. We believe that as chair of the EHRC he will be a strong and effective advocate for equality and human rights in Britain.

“We are confident there are no actual or perceived conflicts of interest. All possible conflicts were explored during the recruitment process, which was overseen by the Office of the Commissioner of Public Appointments. In addition, as is usual with significant appointments such as these, there will be a clear framework in place to avoid any potential perceived conflicts.”

His biography on Pinsent Masons says :

“David is a partner and head of the Advanced Manufacturing & Technology sector. He specialises in providing clients with strategic advice on major public and private sector UK and global commercial and outsourcing projects.

Independently recognised for his wealth of knowledge and experience, David leads teams of lawyers on major projects for amongst others DWP, the Home Office,  Transport for London and BP plc. He lectures and writes extensively on IT and legal matters. He is Chair of Modern Art Oxford, a Director of the Big Lottery Fund and a Trustee of both the Human Dignity Trust and 14-18 Now.  He was Chair of Stonewall from 2003 to 2012 and a Trustee of The Diana, Princess of Wales Memorial Fund from 2005 until it spent out in 2013.”

My Tweets
Join 22,081 other subscribers