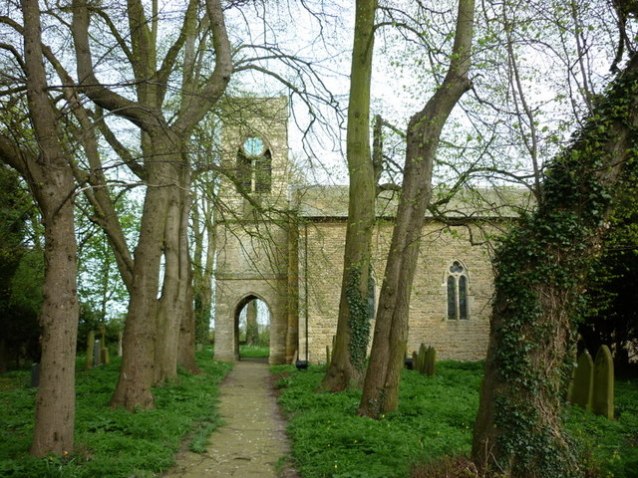 Fillingham,Lincolnshire – the most unaccountable parish in England

Picture Credit: Ian Sykes
By David Hencke and Anne Hassan ( my daughter who has been training to be a journalist)

Updated: Since this blog appeared BBC Radio Lincolnshire have followed up the situation in Lincolnshire where some of the councils – who spend up to £140,000 a year – have said that they have prepared accounts but not submitted them to the Audit Commission. The effect of the local broadcast has been to highlight the councils’ behaviour in the county which had until then gone completely unnoticed.

Would you ever pay a bill without the slightest idea of where the money has gone? If you happen to live in 14 parishes across England you would have been doing this for up to the last ten years.

This extraordinary fact is buried in a  report by the Audit Commission on parish council spending (see http://bit.ly/yLaEhD ). It reveals that these parishes have levied a tax on all the householders in their area but have never produced any accounts of how they spent it for the last three years.

The worst place in England is the tiny parish meeting of Fillingham, near Gainsborough, where people have paid taxes- a precept with their council tax- for the last TEN  years and the meeting hasn’t bothered to produce an audited account of how they spent it since 2001.

Despite repeated warnings and rude letters from auditors the councillors there have obdurately refused to publish anything. They are not alone.

Outside Lincolnshire there are eight parishes which have not produced accounts for three years or more, two in Leicestershire (Barleythorpe and  Burton Overy), and one each in Shropshire (Bromfield), Dorset (Church Knowle), Lancashire(Carrington), Suffolk (Ilketshall St Laurence),Warwickshire (Luddington)  and Cumbria (Newbiggin).

In addition 133 parish councils  which had submitted accounts have had them qualified for three years running and 567 have received qualifications this last year. This means their basic accounts are at best incorrect, at worst, a work of fiction.

Why should we care? The general opinion that these councils are so miniscule  that  the unreported cash is meaningless (Private Eye does  not even consider them for Rotten Boroughs).

Not so, these bodies – there are 9600 in England – raised a staggering £500m from householders last year.

As the Audit Commission says in its report: “Local electors are entitled to see how their parish council has spent taxpayers’ money. Those parish councils that fail to publish an audited annual return are not providing this most basic level of accountability.”

And it adds: “It is unacceptable that parish councils should fail persistently to produce an annual return, yet still be able to raise a precept.”

I began to  have sympathy with the Audit Commission in trying to chase up our money and whether it had been spent wisely. This is not a good advertisement for localism.

One thought on “Something rotten in Ruritannia”