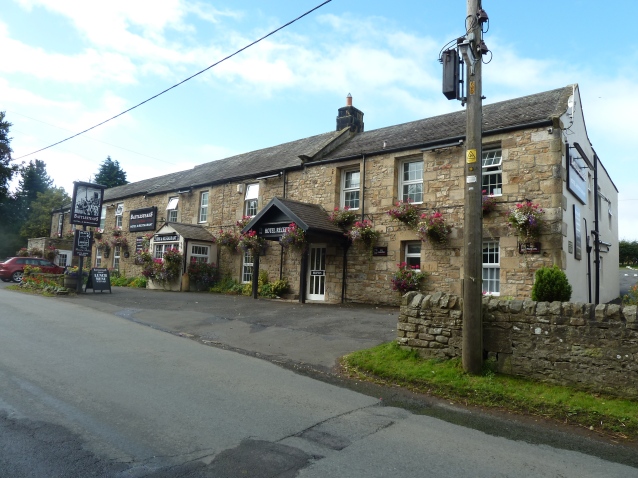 Battlesteads Hotel: An ordinary country pub on the outside, but with a beating green heart inside

Just to show this website is not all doom and gloom  here is a heart warming story of a man who is showing how to  combat climate change.

Up a B road in a remoter part of Northumbria is the Saxon village of Wark. In this small community is the Battlesteads Hotel. As you can see above, on the outside it looks a very pretty ordinary country pub.

But this hotel is a pioneering green business and having just stayed there, I am more than impressed by the amazing efforts of the owners Richard and Dee Slade to create a comfortable environment that helps to save the planet. 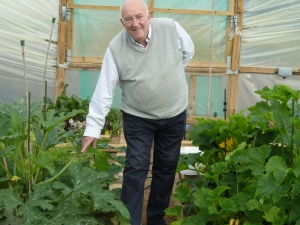 Richard Slade preparing to pluck a rather large courgette for the pot!

This is not just the case of using low energy light bulbs and asking you to  reuse your towel – the normal lip service to ” green ” policies employed by Travelodge and other chains. Practically everything in this place you use is green or local.

The hotel is centrally heated and the hot water plentiful. But there is no gas or oil-fired boiler. The source is a large biomass boiler in an outbuilding fed by wood chip from  a sustainable forest less than mile away. A rainwater system  feeds organic vegetables , flowers and salads grown all the year round in polytunnels.

Breakfast and dinner also tick many of the low food miles boxes – with different cheeses coming Northumbria, Cumbria and Durham- beef from Northumbria  farms and low salt kippers smoked in the same county. And there are lots of real ales and some English wine.

And if you don’t finish your meal the residue from kitchen waste goes into a modern composter which produces the loam for the next generation of courgettes  and lettuces.

And there is more to come. He is planning to resurrect an old spring from a nearby farm helping drain the land. This will feed a new pond, to be the home for slug eating toads, frogs and Ken Livingstone note, newts.

And he has even  done his bit to thwart cuts ( despite bureaucratic opposition) from Northumbria Council by taking over the contract to supply Wark primary school with school dinners – after the authority withdrew the hot meals service to its schools. So a new generation of young Warkians are being sustainably fed – just like Saxon times. Jamie Oliver should approve, Michael Gove may not!

For the future this hotel is one of the few in the country – with an electric charging point for cars – beating Nissan’s planned production line for the vehicle by a year.

Up the road from Wark at Rothbury is the historic home of  Lord Armstrong, Cragside, home of Victorian arms manufacturer , innovator, who over a century ago as every Geordie should know- powered the first light bulb from hydro-electric power. The home is run by the National Trust (see http://www.nationaltrust.org.uk/cragside/). 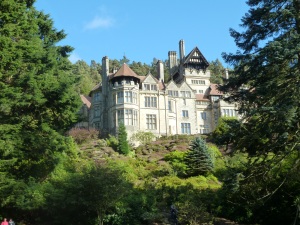 Lord Armstrong and Richard Slade have one thing in common – both are pioneers. One is historic, one is very twenty second century. No doubt climate change sceptics like Lord Lawson would think this is a waste of time., though I bet his daughter, Nigella , would enjoy the food!

One day all hotels will all be like this, but in the meantime if you want a comfortable break with good food and beer and don’t want to help destroy the planet. Visit! The website is http://www.battlesteads.com/.

PS – for the cynics among you – we paid out own way to stay!

4 thoughts on “The Green Man of Wark”