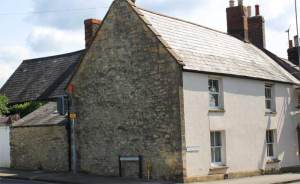 The home of the Tory MP’s mum where this morning’s arrest took place. Pic courtesy: Exaro

The Met police this morning arrested Charles Napier, the half brother of a prominent Conservative MP in a substantial stepping of their investigation into historic child sexual abuse.

The full story of the arrest of John Whittingdale ‘s half brother in the Dorset town of  Sherborne is on the Exaro News website ( see http://www.exaronews.com/articles/5021/met-s-operation-fairbank-arrests-half-brother-of-top-tory-mp ). The arrest took place at the £500.000 home of the Mp’s 92 year old mother.

The arrest is the first  as a result of inquiries by  Operation Fairbank set up after Labour MP  Tom Watson passed allegations of child sexual abuse dating back to the 1980s to the Met Police.It follows two arrests under Operation Fernbridge, which is looking into child abuse in the London borough of Richmond and at Elm Guest House in Barnes where it is alleged that prominent VIPS abused boys.

However unlike  reports today in the Telegraph and  Mail on line today  the arrest has NOTHING to do with events at the Elm Guest House, please  see Exaro for an accurate account.
The Met police said: “This arrest is part of a new strand of Operation Fairbank entitled Operation Cayacos, which has now reached the criminal threshold.”
Tom Watson said :” I am extremely grateful for the dedicated team of officers of the Met Police who are investigating a number of allegations regarding child abuse. I am sure people will appreciate  that we should let them continue with their forensic and comprehensive inquiries into this area.”

John Whittingdale said :‘I’m obviously aware that he was convicted of offences some twenty years ago, that is a matter that is in the public domain anyway. But I am not aware that he has committed any offence since that time. But if allegations have been made then I accept that they have to be investigated.”

For those sceptics who have said the Met Police would never dare arrest anybody connected to a prominent person in this investigation – they should think again. To my mind it fits in what I have been assured by the highest levelof the  Met’s Paedophile Unit – that the police would follow without fear or favour wherever credible evidence took them.

My Tweets
Join 20,833 other followers