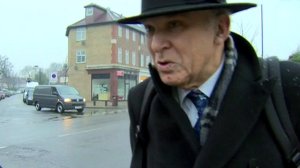 As we start gearing up to the next general election political parties always make extravagant claims that they will win. The reality at the moment is neither the two biggest parties – Labour or Tory – are likely to get an overall majority. The intervention of UKIP and the fact that the Liberal Democrats are likely to cling on in their strongholds – even if they lose seats – has seen to that.

That’s why the rather bizarre reconciliation between Nick Clegg and Ed Balls is particularly interesting. For whatever the  parties are saying publicly, everyone knows the Liberal Democrats will be talking to Labour as well as the Tories.And they will start worrying who is going to get what in any new coalition.

In  a story on Exaro News  earlier I illustrated this – from information obtained  from two independent  Westminster sources – one in the Labour Party and another in the Liberal Democrats – about the real reason why Ed Balls and Nick Clegg – who until now both publicly say they loathe each other – are kissing and making up.

The answer is a premeditated power grab from Vince Cable, the current business secretary, to get  the chancellor’s job  from a somewhat unpopular Ed Balls. It appears according to both sources that the last thing Nick Clegg wants even if he were to remain deputy PM.

According to the Liberal Democrat source ” Vain Vince ” – once shadow chancellor for the Lib Dems – fancies the post but such a move would be anathema to both Clegg and Balls. Cable. The main reason is Cable’s tendency to keep things to himself . As the Lib Dem put it :

“It is no coincidence that Vince Cable and Gordon Brown were both young members of the Labour party in Scotland at the same time. They were very similar in keeping things to themselves,” said the source.

The insider recalled Clegg’s irritation with Cable as shadow chancellor. Clegg would complain to colleagues that he had to wait until Cable went on BBC Radio 4’s Today programme to find out what the party’s economic policy was on a particular issue.

While Balls interest would be to get Clegg on side fuelled by the fact that his leader, Ed Miliband is warming towards Nick Clegg after they regularly met socially at last year’s Olympics.

The ability of politicians to scheme like rats in a sack is one of the more unenviable sides of Westminster politics. Getting the electorate to trust politicians is one thing. The fact that they don’t trust each other – especially among people in their own party – is quite another.