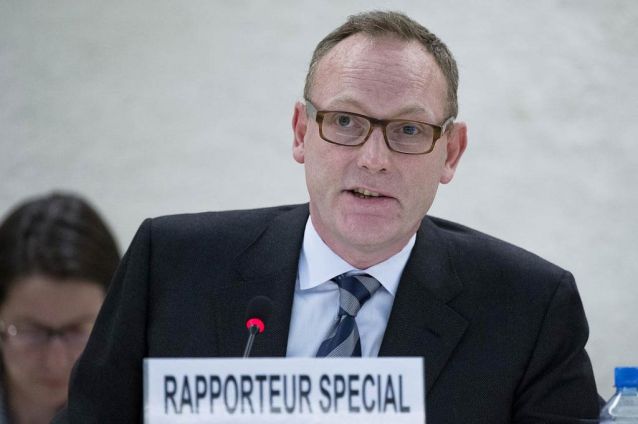 The appointment of Justice Lowell Goddard, the New Zealand judge, to head  a new statutory inquiry into child sex abuse yesterday is actually a very remarkable coup for the lawyer. Ben Emmerson, the QC, advising the now dissolved  independent panel.,

Theresa May, the home secretary, having been backed into a corner by Lord Thomas of Cwmgiedd, the lord chief justice, who decided to refuse permission for any sitting British judge from chairing the inquiry, had a very unenviable task to find anyone to take up the challenge. The favourite, Lady Hale, was out of the running.

She also, as is becoming very clear, wanted a woman.

Step in Ben Emmerson,then QC to the chairless panel. In another role he is the UN Special Rapporteur on Counter Terrorism and Human Rights and is currently looking at the role of drones.. Here he would have come across Lady Lovell Goddard who in 2010 became independent export to the  United Nations Subcommittee on the Prevention of Torture. Together the two are singing from the same civil liberties song sheet and Justice Goddard  has a strong  civil libertarian record in New Zealand. She also conducted an inquiry into child sexual abuse cases as chair of the Independent Police Conduct Authority.Theresa May could hardly overlook her if she was interested in the job.

In one go there was the possible solution for Theresa May. If you look carefully at the statement issued by Ben Emmerson himself accepting his new post you will find a big clue.

As well as announcing the changes he says : “I am also pleased to confirm that I have accepted an invitation from the Home Secretary to act as counsel to the Goddard Inquiry. In this capacity I have already had the opportunity to speak to Justice Goddard personally and to begin discussions with her about the challenges ahead.

And in The Guardian he was full of praise for her: “Justice Goddard has all the key qualities necessary to lead the inquiry’s work – absolute independence from the executive, a proven track record of holding state and non-state institutions to account and the forensic skills necessary to digest and analyse vast quantities of evidence.”

In one sense this a remarkable turn round for Ben Emmerson. Only last week he was before the Commons Home affairs Committee facing accusations that he was ” bullying ” a survivor member of the panel, Sharon Evans and in some trouble for the way he advised members of the panel to answer questions from MPs. Keith Vaz, the Labour chairman, even questioned whether he had the time to do  the work of a QC advising them as he is also the QC representing the widow of Alexander Litvinenko,allegedly poisoned by the Russians.

How little did he know that he was at the centre of appointing a new chair. Two Mps who met Theresa May last week told me that she was down to the last two candidates for the job. It would be then when the home secretary did a video interview with Justice Goddard.

Justice Goddard may now have the top job – but undoubtedly the most powerful person on the new inquiry today is Ben Emmerson – the man who may have  helped spare Theresa May having any more blushes over this long running and difficult saga.