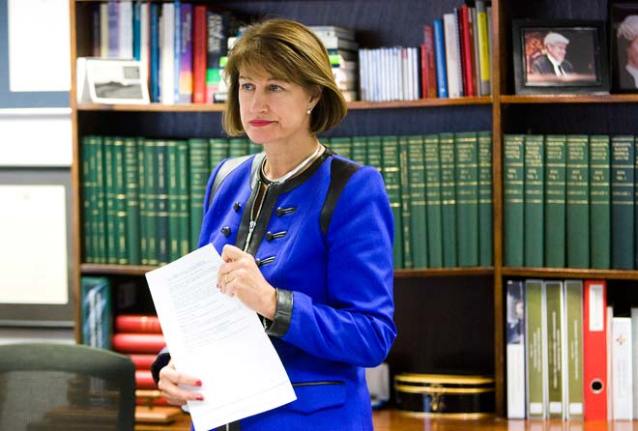 Today’s announcement by Theresa May, the home secretary, and Justice Lowell Goddard, the New Zealand judge, heading the  child sex abuse inquiry, on the structure of the inquiry shows at least that both of them have listened to MPs on the Commons  Home Affairs Select Committee.

The welcome news is that both have realised that there needs to be some continuity on the new panel of the inquiry and that  it was not a good idea to throw everybody off the inquiry except for its QC, Ben Emmerson.

Particularly welcome is the promotion of Alexis Jay, who did so much to expose the appalling grooming scandal in Rotherham, to a panel member. Her voice and contribution to its work will be invaluable.

Also the reappointment of Dru Sharpling, one of the sharper minds, I am told,  on the Her Majesty’s Inspector of Constabulary, is a good one – someone with knowledge of child sex abuse and dealing with the Official Secrets Act.

The third re-appointment,another barrister, Ivor Frank, I will reserve judgement as his speciality seems to be more in the field of child abduction rather than child sexual abuse.

While the appointment of Professor Malcolm Evans , appears to duplicate a rather crowded United Nations presence – since the chair, the QC  himself are all connected to UN human rights and torture issues.

As expected survivors will have no role to play in writing the report or the detailed hearings. Justice Goddard makes it clear she was doesn’t want them present at the inner workings of the inquiry – taking a view often expressed by lawyers  ( including those who defend paedophiles) that anyone who has been sexually abused is biased,can’t be objective about anything and can’t come to any independent conclusions.

She puts a bit more politely in her statement: “ the appointment of victims or survivors to the panel will not, in my view, be consistent with the objectivity, independence and impartiality that is required of members of an independent panel who are required to act in a quasi-judicial capacity in the course of the Inquiry. Secondly, because it became clear to me during my consultations with representatives of victims and survivors groups that they reflect a wide range of divergent experiences and views. “

Instead she proposes two advisory committees.

“I have decided instead to establish a Victims and Survivors Consultative Panel (VSCP) which will be closely involved in the work of the Inquiry and will provide advice and guidance to myself and the panel as the Inquiry proceeds. There will be eight members of the VSCP, nominated by victims and survivors, who will bring a representative cross-section of experience and opinion. The VSCP will be funded out of the Inquiry’s overall budget and those appointed to the VSCP will receive an honorarium for their contribution to the work of the Inquiry and will be entitled to reimbursement of travel and other expenses.”

The good thing is that she has listened to MPs about the advisory body having funding and a role -but I am to be convinced that they will have a real say. On top of this there appears to be an  “also ran ” category- people who self select themselves to be involved if they fail to meet the criteria to sit on the main advisory board.

She has  not fleshed out exactly how this is going to work – and  the person who should have handled press inquiries had left her telephone on answer- so no guidance was available. Hardly very transparent.

The good  thing is Theresa May has avoided the pitfall of leaving the inquiry in limbo- and got this announcement out in time before election purdah comes into play. But I shall remain sceptical – given the mess surrounding the creation of this inquiry – until more information is released.

30 thoughts on “Child Sex Abuse Inquiry: A little step in the right direction”