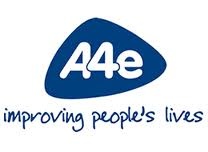 The scandal that rocked A4e, the private contractor condemned by the Commons Public Accounts Committee, for fiddling the books, hit home this week.

Six people were given jail sentences and another four were given suspended sentences by a judge at  Reading Crown Court.

The BBC reported here yesterday the sentencing by the judge. The scheme as reported earlier on this blog involved mentoring single parents – some of the most vulnerable in society so they could get work. But the £1.3m Aspire programme turned out to be a vehicle for fraud by the staff.

The court was told  staff made up files, forged signatures and falsely claimed they had helped people find jobs, enabling them to hit targets and gain government bonuses.

Judge Angela Morris said there had been a “systematic practice” of compiling bogus files over a “considerable period of time”, behaviour which she described as “appallingly cavalier”.

She said: “No amount of pressure justifies the wholesale fabrication of information in files or the forgery of other people’s signatures on documents, all of which is designed to extract money from the Department of Work and Pensions.”

The roll call of fraudsters are:

However less we forget the Department for Work and Pensions was severely criticised in a Commons public accounts committee report for failing to conduct checks on what was going on with A4e at the time – and the company was only investigated because whistleblowers came forward about what was going on.

Chris Grayling, then the minister responsible for employment, took no action to investigate further either. As the PAC said at the time in a report  on A4e and other programmes the DWP never looked at whether A4e was ” a fit and proper contractor” to run other programmes.

A4e chief executive Andrew Dutton said  yesterday the company has a “zero-tolerance policy” towards fraud and money had been set aside so “the taxpayer will have lost nothing” from the scam.

Mr Dutton said: “Their claims do not reflect the way this company operates, or the values of our 2,100 staff, whose honesty and integrity are much-valued.”

I remain to be convinced whether the company has truly reformed.