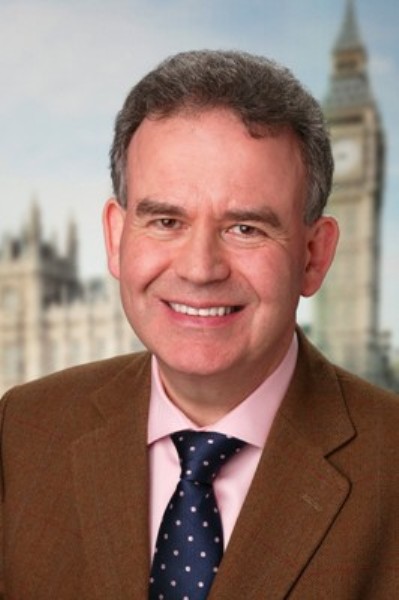 If it was a work of fiction about Parliament you would think I have lost the plot. But this year’s election for the defence committee has produced the strangest bedfellows. Jeremy Corbyn, feared Leftie Labour leadership contender,a darling with the Campaign for Nuclear Disarmament and scourge of  renewing Britain’s independent deterrent has nominated  the most right wing Tory you could possibly find to chair the powerful Commons defence committee.

He is backer of Julian Lewis, a passionate defender of the armed forces and the greatest defender of spending billions on  renewing Trident in Parliament. See his campaign link- he’s on a minesweeper to make his point.

I am told this extraordinary situation has arisen because Leftie Jeremy and Right winger Julian share a joint passion that overrides their contrary views. Both of them want the issue of Trident properly debated  in Parliament – one to destroy any reason for having it , the other to make sure the penny pinching Tory government does not back track on spending money on it. Both are in their own different ways, anti-Establishment, and both believe in a thorough examination of the facts and proper probe into the defence budget is essential and they don’t trust more establishment Tory or Labour MPs to do a thorough job. And the amazing fact is that among Labour MPs Julian has also attracted support from the awkward squad. John McDonnell, another Labour Leftie  who also supports abolishing Trident has backed him. So has Kevan Jones, a shadow defence minister, well known for digging deep into any issue – even if he isn’t on the far Left of Labour. Among independent non establishment  Tories Julian has the support of Dr Liam Fox, Sarah Wollaston. and Charles Walker. Julian is standing against Richard Benyon and Bob Stewart. Full details on all the candidates are on the House of Commons defence committee website. Result on Wednesday.

The scandal that rocked A4e, the private contractor condemned by the Commons Public Accounts Committee, for fiddling the books, hit home this week.

Six people were given jail sentences and another four were given suspended sentences by a judge at  Reading Crown Court.

The BBC reported here yesterday the sentencing by the judge. The scheme as reported earlier on this blog involved mentoring single parents – some of the most vulnerable in society so they could get work. But the £1.3m Aspire programme turned out to be a vehicle for fraud by the staff.

The court was told  staff made up files, forged signatures and falsely claimed they had helped people find jobs, enabling them to hit targets and gain government bonuses.

Judge Angela Morris said there had been a “systematic practice” of compiling bogus files over a “considerable period of time”, behaviour which she described as “appallingly cavalier”.

She said: “No amount of pressure justifies the wholesale fabrication of information in files or the forgery of other people’s signatures on documents, all of which is designed to extract money from the Department of Work and Pensions.”

The roll call of fraudsters are:

However less we forget the Department for Work and Pensions was severely criticised in a Commons public accounts committee report for failing to conduct checks on what was going on with A4e at the time – and the company was only investigated because whistleblowers came forward about what was going on.

Chris Grayling, then the minister responsible for employment, took no action to investigate further either. As the PAC said at the time in a report  on A4e and other programmes the DWP never looked at whether A4e was ” a fit and proper contractor” to run other programmes.

A4e chief executive Andrew Dutton said  yesterday the company has a “zero-tolerance policy” towards fraud and money had been set aside so “the taxpayer will have lost nothing” from the scam.

Mr Dutton said: “Their claims do not reflect the way this company operates, or the values of our 2,100 staff, whose honesty and integrity are much-valued.”

I remain to be convinced whether the company has truly reformed.

Day 106, Part 2:   Rebekah Brooks, Andy Coulson and Stuart Kuttner knew all about phone hacking from the time the News of the World targeted Milly Dowler and did nothing to stop it carrying on for years, the Old Bailey was told today.

Prosecutor doesn’t buy Brooks’ claim that she had no idea big cash payments for military exclusives were coming from well connected Ministry of Defence official. Hardly from ” someone in a pub in Aldershot” says Andrew Edis.

Day 102, Part 2: Rebekah Brooks would have had to have been a “complete fool” not to suspect that a Sun journalist’s “No 1 military contact” was a public official, prosecutor Andrew Edis QC told the phone hacking trial yesterday.

Savage criticism of Rebekah Brooks and her husband Charlie attempts to hide evidence from the police. Prosecutor Andrew Edis in his closing address says she was trying to keep her job as the hacking inquiry escalated.

Day 102, Part 1: Rebekah Brooks was trying to save her job when she hatched a plan to hide her notebooks from detectives at the peak of the phone hacking scandal in July 2011, the Old Bailey heard today.

Day 101, Part 2:  It seemed the “first instinct” of News of the World executives after the arrest of phone hacking royal editor Clive Goodman and private detective Glenn Mulcaire was to launch a cover-up, the Old Bailey heard yesterday.

Rather interesting parallel by Andrew Edis, prosecuting counsel, when he says Coulson and Brooks defence amounts to spending three days at a murder scene and then telling the police they didn’t know there was a body there.

Day 101, Part 1:  Rebekah Brooks and Andy Coulson were talented, clever, ambitious individuals who told themselves it didn’t matter whether or not they were breaking the law because they “just wanted the story”, prosecuting counsel Andrew Edis, QC, told the phone hacking trial today.