CROSS POSTED FROM BYLINE.COM WHERE MY WHITEHALL AND WESTMINSTER SCOOPS NOW APPEAR AND NEWS STORY IN TRIBUNE MAGAZINE

A revolt is stirring in Whitehall among the country’s top mandarins. While a top Treasury civil servant backed as “value for money” a £1 billion loss on the sale of RBS shares, in six other cases this year senior civil servants have revolted against ministerial requests to spend money.

The figure is remarkable since in the previous three years of coalition government not a single civil servant demanded a direction from ministers to spend money.

Now in eight months ministers have been challenged six times and all involve giving money to the private sector.

But there have been similar tussles between senior officials and ministers in three other departments over payments to cover a private coal mine closure, new trains for the Trans Pennine Railway, consultant fees for an airport study, free shares for Rail Mail workers and subsidising private insurance policies in areas of flood risk.

This objections either happened in the dying days of the coalition or since the Tories won a majority.

The private coal mine objection came over the closure of Hatfield Colliery. Originally the government were involved in trying to save the mine but instead this was reversed and the money earmarked for saving the mine was switched to closing it. In this case Martin Donnelly, the permanent secretary of the Department for Business and Innovation seemed to want a direction to do this.

Phillip Rutnam, permanent secretary at the Department of Transport before the Public Accounts Committee. Still credit:BBC

The row over the early £250m replacement of Pacer diesel units came in the Department of Transport when the permanent secretary, Philip Rutnam said their early replacement in 2020 was not economic but this was overruled by Patrick McLoughlin as part of George Osborne’s Northern Powerhouse policy.

Mr Rutnam said their replacement was poor value for money and there were better ways of achieving improvements including modernising existing units. Mr McLoughlin decided the units were unpopular with the public and needed replacing.

Mr McLoughlin also overruled his permanent secretary, when he objected to spending money on consultants to review a decision to build houses on Manston Airport in Kent because of objections from Thanet Council, then Conservative now UKIP controlled. Mr Rutnam could not see why the money was justified and Mr McLoughlin admitted it was to help the council which could not finance the work.

Sajid David, the new business secretary, also overruled objections from Martin Donnelly, to an extension of free shares to Royal Mail staff. Donnelly had described the policy as “novel, contentious and repercussive” and not value for money for the taxpayer. 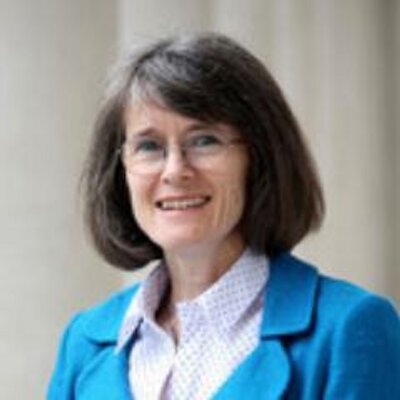 Finally Elizabeth Truss, the new secretary of state at Defra, overruled objections from her former permanent secretary, Bronwyn Hill,  to spending taxpayers’ money on the government subsidising private insurance for homes in flood areas. Again value for money and lack of knowledge of how much this could cost were the main reason. Papers for the current draft legislation reveal it could cost the taxpayer anything between £122m and £431m over a ten year period to do this.

All this suggests that the new Conservative majority government which is due to take some very contentious decisions in the next five years is not only going to face tough parliamentary opposition. It seems that top Whitehall officials are going to scrutinise exactly where they are spending money in this new age of austerity and fight back if they think ministers are wasting it.

Even if the civil servants are overruled there are consequences. Each action will be scrutinised by the National Audit Office and could lead to questioning at the Commons public accounts committee.