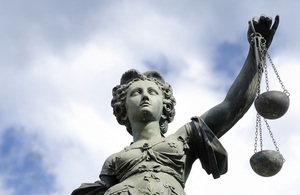 I am not surprised at all to see this warning from the Attorney General’s Office to the national press and social media sites not to try to identify ” Nick” the survivor in the Operation Midland  murder and sexual abuse inquiry.

It seems that some papers wanted to close down this inquiry and one of the people interviewed twice by the police, Harvey Proctor, was completely irresponsible in revealing and naming people who may or may not be the subject of investigation,

So just in case the national press don’t have room tonight to cover this statement here it is in full:

The Metropolitan Police Service (MPS) is currently investigating allegations made by a complainant that he was sexually abused by a number of men including various high profile figures.

The Solicitor General, Robert Buckland QC MP, would like to remind editors, publishers and social media users that where an allegation of a sexual offence has been made, no matter relating to the complainant shall be included in a publication if it is likely to lead to members of the public identifying him. Publishing such material is a criminal offence and could be subject to prosecution.

In addition, while the Solicitor General recognises the legitimate public interest in the press commenting on cases of this nature, he wishes to draw attention to the risk of publishing material that gives the impression of pre-judging the outcome of the investigation and any criminal proceedings that may follow, or which might prejudice any such proceedings.

The Attorney General’s Office will be monitoring the ongoing coverage of Operation Midland and editors and publishers should take legal advice to ensure they are in a position to comply with their legal obligations.

5 thoughts on “Right On: A warning to the national press over Operation Midland – the murder and child sex abuse investigation”