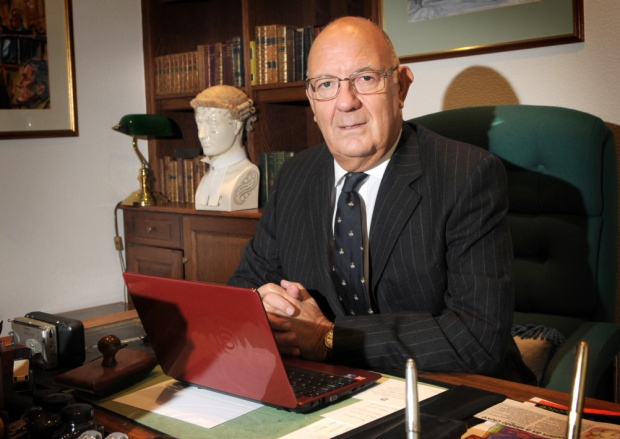 At a stroke it will knock down the hysterical coverage in some newspapers of the investigation which has involved prominent VIPs being interviewed by the Met following allegations of sexual abuse and murder from a survivor known as Nick.

The papers- some of whom seem to act as judge and jury  before the investigation has been completed – in wanting to clear prominent people and cast doubt on the veracity of the victim in alleging such crimes. They have  also complained about the Met Police spending time and money looking at historic child sex abuse cases.

It will also prevent Keith Vaz, the  Labour chair of the Commons Home Affairs Committee, grandstanding when  Sir Bernard comes before him at the end of this month.

He will know as a lawyer that he can hardly grill Sir Bernard about the procedures of the investigation while there is an inquiry by a retired judge looking into the same issues. Nor can he second guess Sir Richard’s findings.

Indeed instead he may have to explain why his committee was so quick to condemn the Met for its handling of  its investigation into the historic alleged rape  against the late Leon Brittan  brought by  ” Jane” now an independent review by Dorset Police has largely cleared the Met of any errors.

It should also provide a valuable breathing case for the Met to take a balanced decision on whether it can proceed further with Operation Midland rather than all this orchestrated hue and cry that it must be stopped now.

Obviously it has been painful for Leon Brittan’s family and the 92 year old war hero  Lord Bramall to be at the centre of such allegations but that doesn’t mean that the police should not investigate them.

Also it is not only cases brought by Nick that will come under scrutiny but also Darren where the Met Police appear to have taken the opposite decision and decided that Darren’s claims were not worth pursuing.

One of the most interesting findings by the judge will be how he sees the police handled two entirely different victims and  their allegations and what standards were applied.

In a statement announcing the review on Wednesday, Hogan-Howe said the aim was “whether we can provide a better balance between our duty to investigate and the interests of suspects, complainants and victims.”

The Met commissioner added: “We are not afraid to learn how we can do these things better, and that’s why I’ve announced today’s review in to how we have conducted investigations in to non-recent sexual allegations involving public figures.”

Henriques is a former high court judge who conducted an inquiry into how Lord Janner escaped justice over abuse claims.

He is  also the prosecutor who  brought the killers of James Bulger to justice and nailed Harold Shipman,the GP who murdered his patients..

Before retiring he was a judge presiding over  terrorist trials including the trial of eight terrorists who would have slaughtered almost 3,000 people had their plan to bring down transatlantic airliners been successful.

So he seems a good choice to cut through all the hyperbole surrounding the VIP paedophile ring  allegations and make sound recommendations on how the Met should handle such allegations in the future. My main reservation is how much of the report will be made public. Transparency is very important in this case.