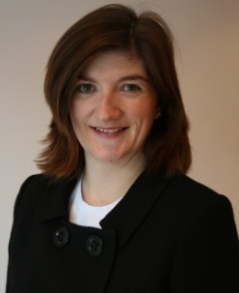 David Isaac: Chairing a fractured organisation with staff and management now at loggerheads.

On the day  of the Hillsborough  disaster verdict Nicky Morgan,  education secretary  with a sideshow job as women and equalities minister, slipped out that she had appointed a new chair of the Equality and Human Rights Commission.

On the scale of wrong decision making this probably trumps her plan to force all schools to become academies,describe budget cuts as a consultation exercise and avoiding live TV coverage of her remarks on child sex abuse  at a conference in her Loughborough constituency last year. I will explain why.

The appointment of David Isaac, a millionaire lawyer and equity partner at the global law firm, Pinsent Masons, has been highly controversial.

The two chairs of the Joint Committee of Human Rights and the Women and Equalities Committee –  Labour’s Harriet Harman and the Conservative’s Maria Miller – were unable to confirm the appointment because of perceived conflict of interest. Both are highly experienced ex  ministers and both took top legal advice before they objected.

The most damning evidence  against this appointment comes from another highly distinguished lawyer, Michael Carpenter, the Speakers Counsel. He was asked by both chairs as to whether the appointment met the strict criteria of what are known as the Nolan  Principles ( named after Lord Nolan, the first chair of the Committee on Standards in Public Life). These lay down strict guidelines of selflessness,integrity, objectivity,accountability,openness, honesty and leadership. They were brought in after the aftermath of the corrupt ” cash for questions ” scandal and apply to every public appointment.

Mr Isaac’s appointment fails to meet two of these standards – selflessness and integrity.

As Mr Carpenter highlights Mr Isaac  failed to meet the selflessness standard – because holders of public office should act solely in terms of the public interest. (His emphasis added) . He failed to meet the  integrity standard  because holders of public office must declare and resolve any interests and relationships. (His emphasis added).

Mr Carpenter concluded that because Mr Isaac both remained as an equity partner with responsibility for the development of the law firm which had many government contracts and because he was also a practising lawyer with a duty of confidentiality to his clients – some of which could be investigated by the Commission- that he would not fulfil the Nolan principles. Mr Isaac will be earning ten times his salary as an equity partner with Pinsent Masons  than his salary as commission chair.

He also concluded that a promise of keeping Chinese walls in his legal work by Mr Isaac would not work in this case.

He concluded: “It is difficult to predict where the overlap between these two bodies may result in an actual, potential or perceived conflict of interest. With the best will in the world, Mr Isaac may well not be aware of a problem until it is published elsewhere – at that point, a “Chinese Wall” will be ineffective and too late.”

Now in her rush to  appoint Isaac  Nicky Morgan  decided to ignore this advice. Her reasoning is perverse. She actually argues in a letter that having a conflict of interest in public life is a good thing.

She wrote: “What is important is that there is transparency around these interests and that appropriate action is taken to deal with any potential conflicts. Mr Isaac’s CV refers clearly to these interests and, given his openness and assurances to deal with any actual or perceived conflicts of interest, I feel that is to be welcomed rather than a cause for concern. “

How wrong can you get.. You can’t trade off one Nolan Principle against another. It’s illogical and plainly improper.

Frankly her decision could well be the start of slippery slope where people ( not Mr Isaac in this case) with dodgy private connections get access to public jobs.

Mr Isaac has delayed accepting the job until he has further talks with Commission. Very wise.

If  he accepts both he and the Commission will be tainted. And among his  legal peers he will be regarded as the first public appointment that compromised the Nolan Principles.

And if there is ever any breach of any equality or gender law in Pinsent Masons he will find himself at the centre of  a  storm.

Nicky Morgan has been extremely stupid . I hope it comes back to haunt her political career for the rest of her life.

I have also written about this in Tribune magazine.

6 thoughts on “A tainted and improper appointment by Nicky Morgan”