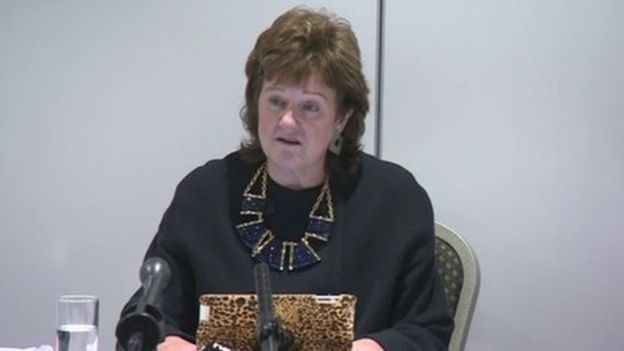 The very fast decision by Amber Rudd, the home secretary, and Theresa May, to appoint Alexis Jay, as the new chair of the Independent Inquiry into Child Sexual Abuse is a very positive move.

After three attempts to appoint leading lawyers  to run the inquiry have all failed, it was a breath of fresh air to decide that a non lawyer could take on the job. Amber Rudd used powers under the Inquiries Act to appoint an existing member of the inquiry to take over the job.

The appointment  shows ministers are thinking ” out of the box” after running into problems – two caused by perceived conflict of interest – over the three previous chairs, Dame Fiona Woolf, Baroness Butler-Sloss and Dame Lowell Goddard.

I fully expected  politicians to try and get another lawyer to run the inquiry – because of the legal minefield surrounding  child sex abuse claims – but I am glad they didn’t.

Indeed it is a shame they did not think of appointing Alexis Jay in the first place to counteract the legal dominance of the inquiry.

Alexis Jay will bring a more human face to the inquiry and will have empathy for the traumas facing child sex abuse survivors. As a former social worker she may at last take seriously the problems of support for survivors – which should be one of the mainstream concerns of the inquiry  and has been sadly lacking until now.

But there are also other big advantages.

Her appointment means there will continuity and the Amber Rudd’s commitment to the inquiry couldn’t be clearer.

Let there be no doubt; our commitment to this inquiry is undiminished. We owe it to victims and survivors to confront the appalling reality of how children were let down by the very people who were charged to protect them and to learn from the mistakes of the past.

Any new person coming to chair the inquiry would have needed time and space to read into events and there would have been an inevitable delay to further progress. This will not happen now.

It also means that the driving force of the future inquiry will not be a lawyer – which is my view is a good thing and puts it closer to the model adopted by independent panels.

Hillsborough for example was not chaired by a judge – and its impact on raising issues such as the  re-opening of the inquest into the deaths of the Liverpool football fans – has been enormous.

She  also has enormous experience in the issues of child sex abuse – and contrary to issues raised by survivor  Andi Lavery – there seems to be little potential for conflicts of interest.

Her letter to Amber Rudd dealing with  conflicts of interest also reveals  the breadth of her knowledge of the issue. As well as her inquiry into the appalling sexual abuse scandal in Rotherham  she had done similar work investigating child sexual abuse cases in Scotland.

As chief inspector for social work  in Scotland from 2005 to 2011 she investigated child sex abuse under the direction of ministers and  also took  a wider role in advising ministers on social work policy. As Scotland is outside the terms of reference of the inquiry, there is no conflict of interest here.

So what is the downside. She will need a lot of legal advice on how to handle some of the most difficult cases of child sex abuse -I am thinking of the judicial challenge to the investigation into Greville Janner – as the most pressing example. In a way this will enhance the role of Ben Emmerson, the inquiry’s QC and his team, as they will be crucial in defending the role of the inquiry to investigate this.

Secondly she may have to take some hard decisions about what to pursue and what to decline to investigate because of the massive amount of paperwork from the 13 streams they are already investigating. Otherwise it will become unwieldy.

I still  think the panel as whole is unbalanced in one respect – it has no dedicated investigator to cross all disciplines. The decision to drop having a journalist – Sharon Evans was the chosen person but it fell apart- on the panel was a bad idea. Lawyers are brilliant when they have got all the facts and can cross examine people about them – but they are not natural investigators and do not have the journalist’s mind to think ” out of the box”and make  connections.

I am not making a bid for myself – I am already on one national independent panel inquiry – but I think the issue should be re-examined and they should attach an investigative journalist to the inquiry.

Otherwise at this stage one can only wish Alexis Jay well in her new and demanding job.