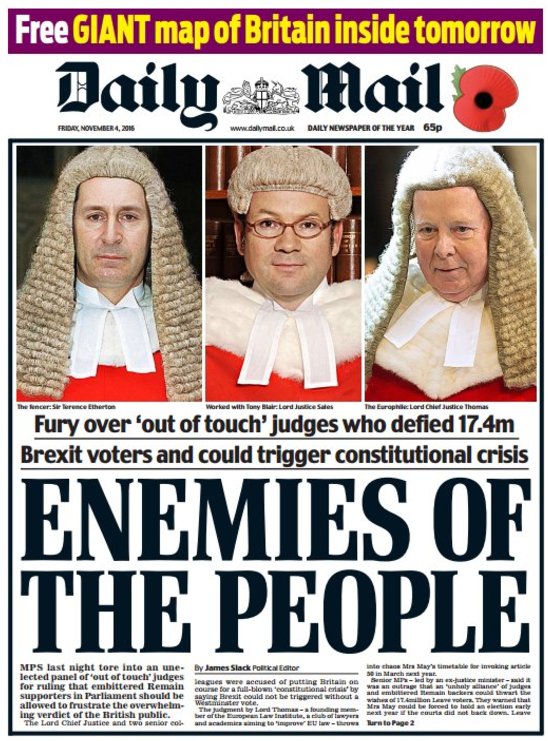 Is the Daily Mail the enemy of  new kids on the block?

Imagine a world where every week different newspapers – who disliked each other – decided to sue  every time they felt they had been wronged.

Given the nature of the defamation laws, the law courts would be stuffed with cases and the legal profession would make a mint.

That’s why it is extremely rare – if not unprecedented – to see a ” dog eat dog ” mentality among different sections of the media. And that is why I am extremely puzzled that Paul Dacre has decided to use his mighty power and resources to try and crush a\ new kid on the block, Byline. com.

I have not examined in any detail the issues between them so I am not going to comment on the merits of the respective cases in advance of a potential libel case. If you want to see the stories you can look on byline.com. Suffice to say I use Byline as a platform for my own blog but I am not employed by them in any shape or form.

I am going to comment on the principle of the issue of journalists suing journalists and put forward my tuppence worth on why I think this is happening.

Paul Dacre’s threat to sue contains one remarkable passage you normally don’t find in lawyer’s letters and it is rather a defensive one. It says

“Our clients have instructed us to write this formal Letter of Claim with the utmost reluctance because they believe passionately in freedom of expression and fully respect your rights as journalists to examine these issues. However the inaccuracies in the articles complained of… are so serious and defamatory that they feel they have no option but to defend their rights.”
“As we explain above, our clients are passionately committed to press freedom and the principles underpinning the importance of preserving an unfettered and independent news media and we emphasise again that they fully respect your right to write about these matters. Notwithstanding this, they cannot reasonably allow false and seriously defamatory statements about them to remain online.”

I am curious that if it was so serious there appears to be no attempt to get them corrected before moving to such Draconian measures. The inference from the suit is that the whole matter has been made up from start to finish – even though as a  connoisseur  myself in finding obscure documents  there does appear  to be documentary evidence around.

What really concerns me however is whether there is another agenda. At present mainstream media is in a state of flux – and facing enormous pressure – not only from Google and Facebook – but from new start ups that challenge traditional print media.

Ironically the Mail has weathered the storm much better than other outlets but nevertheless the internet has provided the platform for anybody to set up a journalism site. and some people are now choosing to follow events through the prism of these new sites.

This is a fledgling development – and the temptation of the big boys must be either to stamp  it out or buy it out. Instead they should welcome the diversity and the challenge. There was in some quarters a similar attitude towards the investigative  news site  Exaro – even down to the Mail suggesting it wasn’t staffed by real journalists – when they knew full well it contained a mix of people – experienced in working for tabloids like the News of the World and broadsheets like the Guardian.

In my view the big boys are making a mistake in this case – already it has led to Byline raising money from the general public  ( you can donate by going to the site) – to fight what is perceived as a Goliath trying to stifle investigations they do not like.

I am old enough to remember when Tony Elliott in 1968 set up Time Out – while a student at Keele University – because he had a great idea that the swinging sixties generation wanted to know the best venues for new gigs and the mainstream media didn’t want to know. The first issue cost £70 and was produced in his mother’s kitchen. This year he will be honoured at the British Media Awards with an Outstanding Contribution Award to journalism.

Byline.com with its first festival this year reminds me of the enthusiasm and determination another generation of innovators who are looking for new ways to communicate and new ways to fund their work. This is at a time when investigative journalism badly needs a boost – and the mainstream media seem to be pretty selective about what they investigate.

So to try and stifle innovators with heavy handed legal writs will only encourage people to fight back and could well backfire.Paul Dacre should be careful what he wants from this action.