Tory Manifesto: An Ed Balls Up on fuel payments for pensioners

we will target help where it is needed most.So we will look at Winter Fuel Payments, the largest benefit paid to pensioners, in this context. The benefit is paid regardless of need, giving money to wealthier pensioners when working people on lower incomes do not get similar support.

So we will means test Winter Fuel Payments, focusing assistance on the least well-off pensioners, who are most at risk of fuel poverty.

Fine words but very difficult to implement. Why?

Four years ago I investigated how Labour could implement the same policy – and found it unfair and unworkable. This is what I said:

“As a punter and pensioner who pays higher rate tax because my freelance earnings top up my pension I expected to be one of the people targeted by Ed Balls. In fact it will have zilch effect, a load of old Balls if you like.

Let me explain why. The fuel allowance is currently paid to individual pensioners with a cap of £200 per household. So for a start I only receive £100 of  fuel benefit. The other £100 goes to my wife, also a pensioner, who is a standard rate taxpayer. So his planned saving will be halved anyway in my case.

But it is actually worse than that. My wife became a pensioner before me and was entitled to the full household fuel allowance in her own right. So when I was on The Guardian, ( then on just over £80,000 a year) our household was receiving then  a £200 fuel subsidy for a short time. What will happen under the Balls changes is that my wife will get back the full benefit of £200 – so we will still continue to receive exactly the same subsidy.

I suspect I am not alone. I know of many people around me in the shires, where in traditional families of that generation the main earner is the male who will  pay high rates of tax. His spouse who brought up the children, and did part-time work instead, would be a  standard rate taxpayer. These wealthy households will continue to get the subsidy. 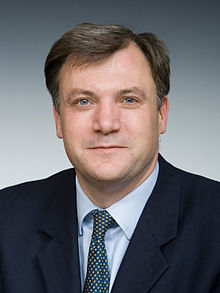 Now Ed Balls could get round this by imposing a household cap equivalent to the income level set by the higher rate of tax. But if he does this he will run into fresh problems.”

I chased this up with the Inland Revenue.

They confirmed four years ago that they do  not collate figures showing how many households have higher rate and standard rate taxpayers who are currently eligible for winter fuel payments. They do not need to collect the information as taxpayers are assessed individually. So they don’t know the breakdown. The only figures they have are the number of higher rate taxpayers who are pensioners. I doubt anything has changed.

So how are the Tories going to do this. They could scrap the present system and go back to the old fashioned 1950s style tax system- where the man had to fill in the form for the household. But that would be deeply regressive, anti feminist and take no account of modern relationships where couples may not even be married or have  a gay partnership.

They could limit payments only to those claiming pensioner credit – removing all other pensioners- but that would hit the JAMS – just about managing pensioners with a huge hole in their income and be deeply unpopular.

Or they could  say every person has to fill in a means test form – which means even if it was done on line – have to employ more staff at a huge cost just when they want to axe more civil servants.

It ain’t going to work and will be deeply unpopular and  be full of anomolies.  In other words Theresa May has just created another Balls-up.