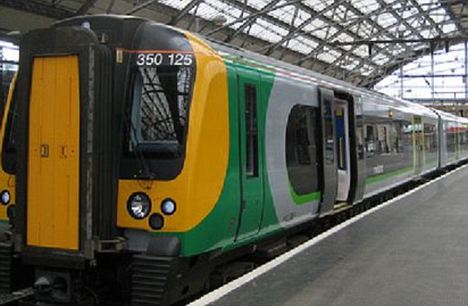 This weekend my wife and I returned from a weekend in Liverpool where I had been speaking at a GMB Justice Campaign conference.

My wife is recovering from a stroke and we use the passenger assistance service to travel by train as she needs a little help boarding trains and avoids using stairs.

But the support fell apart when we returned to Berkhamsted just before seven o’clock on Sunday evening. I am writing about what happened here because it has wider implications for rail  travel and what steps rail companies take to protect people in an emergency.

Berkhamsted Station has recently installed lifts to aid the disabled, people with heavy luggage and families with pushchairs to get from the platforms to the subway below.

Thinking this should be reported I pressed the alarm. Immediately I got an automated message saying ” don’t panic” and then the lift dialled an emergency number. There was no reply. I repeated the exercise still no reply. Luckily the doors had not closed or else we would have been trapped inside the lift until some one rescued us.

When we eventually got off the station ( there is another roundabout route down a ramp through a station car park ) I found a notice on the ticket office saying there it had closed all day Sunday – so  there had been no staff at the station all day.

What has shocked me is that London Midland seem to have no ” duty of  care” to passengers – and their systems which are supposed to work when they are no staff – appear to be just there for show.

We did meet one member of London Midland  staff working that night – a man on the train from Milton Keynes to Berkhamsted checking tickets. So the company gave more priority to making sure it got all its revenue on Sunday for its shareholders and directors – than bothering to provide staff or checking that emergency procedures worked  to aid its passengers. And with plans to get rid of guards and close as many ticket offices as possible it can only get worse.

I have written to London Midland for an explanation and look forward to their reply.