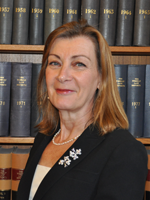 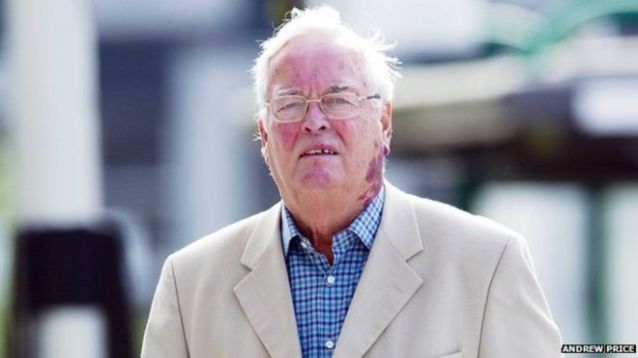 While the political world was convulsed over Brexit  Whitehall decided to remove one of  the major redactions in last year’s report by Lady Macur, an appeal judge, which reviewed the inquiry undertaken by Sir Ronald Waterhouse  in the 1990s into the scandal of child sex abuse in North Wales.

He is the superintendent who won £375,000 damages in 1994 ina libel case against two national newspapers, The Observer and the Independent on Sunday, the magazine Private Eye and HTV, the holder of the ITV franchise in Wales. His legal costs were underwritten by the Police Federation.

Anglesea claimed the four media organisations had accused him of being a child abuser during visits he made to the Bryn Estyn children’s home just outside Wrexham. He denied it and jury found for Anglesea.

The recent death of Anglesea – which meant he can’t appeal  his conviction last year- allows him to be named in her report for the first time. And the findings are interesting given the subsequent conviction of Anglesea by Operation Pallial, the National Crime Agency’s investigation and also the libel case in 1994.

The references to Anglesea are in the chapter on freemasonry. She examines the investigation carried out by the Witness Interviewing Team (WIT). This was headed  by Reginald Briggs, a retired Detective Chief Inspector who had served in the South Wales police force and was a Freemason.  She sees no conflict in  the tribunal employing a freemason to investigate another freemason. Gordon Anglesea was also a freemason.

“This Review has specifically considered whether there is anything within the material which suggests that the investigations made on behalf of the Tribunal into freemasonry was less thorough by reason of this fact. I have found nothing to suggest this was the case and illustrate the point below predominately in relation to two establishment figures identified during the course of the Tribunal as Freemasons, namely Gordon Anglesea and Lord Kenyon,” [ Lord Kenyon was a Provincial Grand Master, and a member of the North Wales Police Authority in the 1980s]

She accepts that one  survivor witness against Anglesea was difficult to trace and when finally contacted mentioned other people not him. Another witness who was in prison is described as ” fixated by Anglesea’s and his alleged involvement in a
paedophile ring.”

“The statement produced records his assertions that in 1991 he had seen part of a video featuring  Anglesea sexually abusing a boy and girl.

“The video had allegedly been stolen from a local Councillor subsequently prosecuted for
possession of a large quantity of pornography.

“He said he developed photographs from the video and sent them anonymously to the Chief Constable of the NWP.”

The tribunal concluded this witness was not credible and he was never called.

A lot of time was spent tracing people who might know Anglesea and about his visits to Bryn  Estyn including finding one freemason in the same lodge but he said he only knew him by sight.

The report adds: “However, more than one contributor to this Review still question whether enough was done to find evidence against Anglesea or to properly examine the links between freemasonry and the failure to investigate child abuse allegations.”

The inquiry was hampered by one witnesses refusing to give a statement and another witness was deemed to be unreliable despite evidence of Anglesea helping the notorious paedophile Peter Howarth, who ran the home and was subsequently jailed, line up boys. The tribunal was not certain whether he was there at the time.

She does add one very interesting piece of evidence that was witheld from the tribunal.

“I am aware that an allegation of a relatively minor indecent assault was made against Anglesea by an adult acquaintance of his family prior to the commencement of the Tribunal hearings.

“It appears that Counsel to the Tribunal was informed that “the CPS had decided to take no further action in the case on the grounds that there was insufficient evidence to support criminal proceedings”, but apparently not of the fact that Anglesea had lied, on his own subsequent admission, when first interviewed under caution about the allegation.”

…” I wrote to the present Chief Constable of the NWP on 15 May 2015 in relation to this
non disclosure. The Chief Constable responded indicating that there is no material
in the possession of the NWP to indicate why the file was not disclosed, but that it is
possible that the file’s relevance to the issue of credibility was overlooked.

She concludes:”I regard the evidence that had lied when first interviewed under caution about the allegation of indecent assault against an adult acquaintance of the family was relevant to the issue of his credibility.

Counsel to the Tribunal do not appear to have been made aware of this fact and would have been at a disadvantage in justifying their request for disclosure. It is likely that the NWP overlooked the issue of credibility in favour of considering whether the facts of the
alleged offence constituted similar fact evidence.

“This information may have been significant in the Tribunal’s appraisal of his credibility and would have been ‘fresh’ evidence to that which had been available in the libel trial.”

In other words in a civil case which ended up  with the media paying out £375,000 damages – the fact that Anglesea was a proven liar could have swayed the jury to bring in a different verdict.

Her overall verdict is to exonerate the Tribunal. And she is not in favour of further reviews of other tribunals covering child  sex abuse and certainly not a public inquiry. She does not accept there were any paedophile rings involving Freemasons and VIPs- witholding the information from the public.

Her one other recommendation suggests the police should look at the perversion of course of justice and malfeasance in public office.

“In general, I would advise caution in embarking upon a review of the workings of previous tribunals or boards of inquiry without a considered opinion of the time likely to be involved and the consequent outcome to be achieved.

” The conclusions of a rapid investigation into a broad and complex topic will be unlikely to allay the concerns and anxieties of interested parties or the public in general.

“An exhaustive review will produce results that may no longer be relevant to the circumstances which initiated the investigation.

“In any event, it should be appreciated that the conclusions of any such body will not meet with universal approval. Those with an interest, personal or otherwise, will seek
justification for their views and be unlikely to accept the contrary.”

A very Establishment view, Lady Macur. The full report and written statement from Alun Cairns, the Wales Secretary is here.