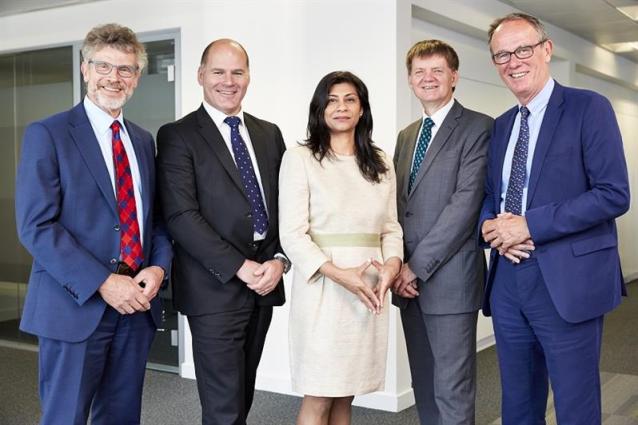 At the end of last year this blog published a highly critical piece on the sale of the Green Investment Bank which brought a  mint of money for the City and uncertainty for those who want to see a carbon free future.

The  blog was based on the findings of the National Audit Office report into the sale which showed the taxpayer had lost out yet again and the biggest beneficiary was the  Aussie private equity investment bank Macquarie for £1.6 billion  which had a bad rating on green issues and its subsidiary Thames Water is better known for polluting the Thames and failing to repair  burst water mains.

As reported before  business secretary Greg Clark let the bank get away with a non binding public statement to finance green projects for the next three years and instead set up a trust – the Green Purposes Company  -which could shame the new owners if they fail to keep to their pledge.  In theory they have powers to prevent changes to GIB’s green purposes, but this does not extend to control of, or input to, investment decisions.

The five trustees are independently appointed and include James Curran, former chief executive of the Scottish Environmental Protection Agency: Lord Teverson, a former Liberal Democrat energy spokesman and Peter Young, an environmental management consultants But they are not paid to monitor such a big private equity company .

Hardly surprising the Commons Public Accounts committee has backed the scepticism of the National Audit Office. In a report  it condemned the way it was sold

” The manner in which it was sold off is therefore deeply regrettable. Government did not carry out a full assessment of the Bank’s impact before deciding to sell, nor did it secure adequate assurance over the Bank’s future role.

This was a UK initiative but the rebranded Green Investment Group is not bound to invest in the UK’s energy policy at all, nor to invest in the kind of technologies that support its climate objectives.”

But since the sale there has been worse  disclosures.

Mps on the environment audit committee decided to grill two of the trustees, Peter Young and Lord Teveson, and the head of the company, Edward Northam. They were equally sceptical.

Here is an extract of some of the trustees response ( or lack of) to MPs written   questions.

5. How will leaving the EU affect the UK’s ability to leverage investment into low-carbon and environmentally friendly projects in the UK?
No response
6. What options are there for the UK’s future relationship with the European Investment Bank? What would be the implications for green investment in the UK?
No response
7. Given the work being carried out by the EU’s High Level Expert Group on Sustainable Finance,where should the UK’s newly created Green Finance Taskforce concentrate its efforts?
No response

At the oral hearing both the head of the company and the two trustees were closely questioned by the chair, Mary Creagh; Green MP Caroline Lucas; Tory MP. Zac Goldsmith among others and they did not seem impressed. They were offered excuses why the new Aussie owners had hardly invested in any new projects and until the company revealed that the trustees have a budget of £100,000 a year ( small feed for a multi billion pound company) to monitor developments by the company head, were even reticent to discuss that.

You can get the text of the  full hearing or watch it here.

It is hardly an impressive performance and seems to suggest the first fears expressed on this blog are well justified. The government has dumped Britain’s green investment future and it will be interesting to see if the trustees really do have any teeth to do much about it.

One thought on “Are Britain’s Green guardians clueless on future investments for this country post Brexit?”