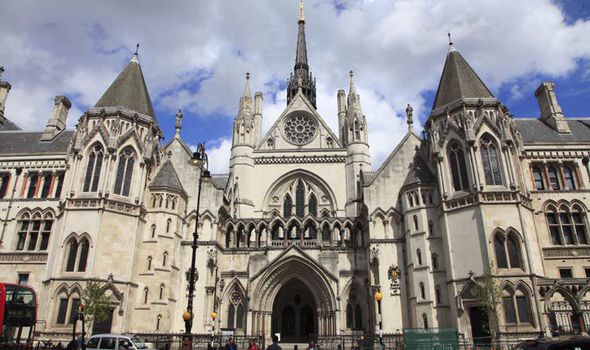 The scathing judgement by Mr Justice Mann condemning the BBC for the invasion of  Sir Cliff Richard’s privacy has profound implications for crime reporting.

The BBC is condemned  for reporting the raid on his home following allegations of child sexual abuse which did not stand up- not just for the sensational way they did it – but for reporting it at all.

This is a double edged judgement. True the freedom of the press to do this has led to innocent people like  DJ Paul Gambaccini and Sir Cliff suffering enormous traumatic stress and having their reputations trashed over unproven child sex abuse allegations.

But in other cases noticeably broadcaster Stuart Hall, the entertainer Rolf Harris ( both child sexual abuse allegations) and for that matter ( on perverting the course of justice)  ex Liberal  Democrat  Cabinet minister and former colleague on the Guardian, Chris Huhne, press publicity helped the police to pursue the cases to a successful conclusion. The publicity before anybody was charged led to more people coming forward or to new evidence being discovered.

That is why I would like to see the decision challenged  because of its profound implications for reporting and would certainly not want a new law giving anonymity to suspects in criminal cases.

Thankfully Theresa May seems to have ruled out the latter and so have ministers and  some MPs.

On BBC Radio 5 Live last week  Treasury minister Robert  Jenrick said that he didn’t believe that the law should be changed to give anonymity to people accused of certain offences.

He said:“There’s been a long debate, as you know, about whether that should be the case for particular types of crime – crimes which have such a serious effect on individuals’ personal reputations, like sexual offences for example.  And at the moment we’ve chosen not to proceed on that basis.  We don’t think we should discriminate between different offences.  And I think that that’s probably the right approach.  But I do feel that both the police and the media need to proceed with great caution when they’re reporting.”

His point is where you draw the line. A limited law saying only those accused of child sex abuse should be protected could be seen  by victims and survivors as ” a protect paedos” law. And if there is discrimination between offences it won’t be long before some famous personality brings a case – saying their reputation was damaged by a police raid on their home in say, a fraud case.

Also do you protect alleged murderers or low life drug dealers from the press reporting raids on their homes until they are charged. After all until a drug dealer is charged  reporting a police raid on his or her home is breaching their privacy. It could also have implications for some of the popular reality  TV crime programmes.

Why I also don’t want the law to change is that it is a matter of judgement for the police and the press to come to a conclusion. The police need to be able to judge whether publicity is necessary – even Mr Justice Mann admits in his judgement that if people’s lives are at risk there is a case for naming a suspect.

The media also need to show some judgement on how they report the issue as well – and sometimes investigations can be published without naming the suspect  or giving too much of  the suspect’s identity away. In other cases the suspect’s name is part of the story.

Finally I see that the  BBC reporter Dan Johnson  who broke the story gets some criticism from the judge. He is described as honest and over enthusiastic. The judge says:

“I do not believe that he is a fundamentally dishonest man, but he was capable of letting his enthusiasm get the better of him in pursuit of what he thought was a good story so that he could twist matters in a way that could be described as dishonest in order to pursue his story.”

Some ten years ago Dan Johnson was our principal researcher for a book I wrote jointly with author and journalist Francis Beckett, on the miner’s strike of 1984. Called Marching to the Fault Line.

This is what we said about Dan in the book:

” A talented young journalist, Dan Johnson, was our principal researcher, conducting some of our most important interviews. Because of his deep knowledge of mining communities, and because he was brought up in Arthur Scargill’s village of Worsbrough, he turned into a great deal more than our researcher: he was also also a thoughtful and knowledgeable guide to what it all meant.”

In my view enthusiasm is vital if you are to be a good journalist. Journalists who are not enthusiastic about their job aren’t real journalists.

My Tweets
Join 22,081 other subscribers