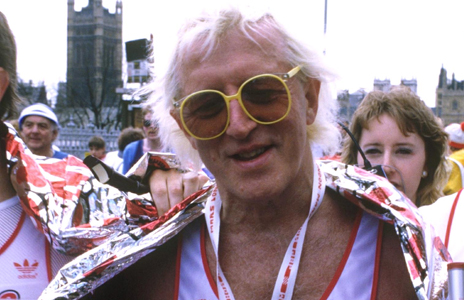 On the day Dame Janet Smith finally promised to publish her findings into the activities of paedophile Jimmy Savile in the BBC Exaro has published the main points in her draft report which examined and analysed what happened at our major broadecaster.

The report is a devastating critique of  the BBC’s culture in the 1970s and 1980s where ” talent” was ” untouchable”, managers were ” above the law” and there was a heavy drinking culture among top executives.

Her report outlines multiple rapes and indecent assaults on girls and boys, and incidents of “inappropriate sexual conduct” with teenagers above 16, all “in some way associated with the BBC”. Altogether there were over 60 victims and possibly up to 100 people had heard rumours about his activities, but nearly all at shop floor rather than managerial level.

“Three of Savile’s victims were only nine years old.”

Many BBC employees told Smith’s “review” that they had heard about Savile’s predatory sexual conduct, but feared reporting concerns to managers. But Smith accepts a series of denials by senior figures that they were aware of Savile’s sexual misconduct.

Most of Savile’s rapes, attempted rapes and more serious sexual assaults took place in his flats or caravans, she says.

“However, I heard of incidents that took place in virtually every one of the BBC premises at which he worked. These included the BBC Television Theatre (in connection with Jim’ll Fix It), at Television Centre (in particular in connection with Top of the Pops), at Broadcasting House or Egton House (where he worked in connection with BBC Radio 1), Lime Grove studios and various provincial studios, including Leeds, Manchester and Glasgow.

We also publish the key extracts from the Smith report’s summary and conclusions, and from its damning chapter on the BBC’s management culture.

I will comment about this in a later blog but the revelations as anyone can see are wide ranging and very substantial.