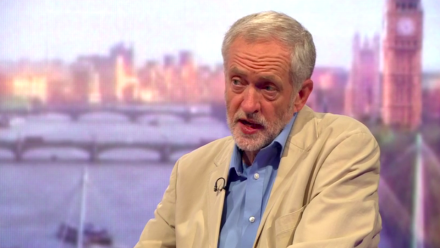 Jeremy Corbyn – a hit in Korea

While the British media has been uniformly hostile to Jeremy Corbyn – his victory has led to some completely different  coverage abroad.

One TV station “News Tapa”   – a nonprofit online investigative reporting organisation  in South Korea – decided to devote  a half hour programme to what they called the Corbyn Syndrome- for viewers in their country.

The  TV station –  unusual because it is crowd funded by over 35,000 people using a principle also used for byline.com for individuals decided that Corbyn was an interesting phenomenon precisely because he was an example of  a popular rebellion in a mainstream party challenging conventional politics.

According to the broadcasters it hit a nerve in South Korea because politics is seen as remote, dominated by big business and career politicians and not exactly squeaky keen. Sounds familiar? They were also fascinated how a backbencher representing a working class constituency could suddenly capture the minds of so many people and propel themselves to the leadership of a major party.

As Seon-Ju Choi, the London co-ordinator for the programme’s production said :”In S. Korea, the conservative party has been in power for many years now since our president Noh who committed suicide.  In a way, it has been very depressing all the public funds have been radically cut, and many people are struggling due to lack of public service and many of privatisation, etc.  We would love to feature the amazing and exciting story about Jeremy Corbyn’s story, how the left-wing politician has received overwhelming support from the public, and became a leader of Labour Party.”

It The film is in Korean but there are enough British people interviewed – including me- for people to follow most of it.