One of the most precious freedoms for journalists is the protection of their sources. Now it appears the Cabinet Office is using an obscure bill – as part of the government’s drive to cut “red tape”- as cover to erode that freedom.
By changing the rules to allow the police to go to court to obtain reporter’s notebooks, pictures and computer files- without facing an open challenge from newspapers, TV, or even individual freelance journalists themselves – they are placing that protection in serious danger.
No wonder the Newspaper Society is up in arms and media lawyers are raising very serious questions. There is an excellent and elegant argument on the Inforrm blog by Gill Phillips,the Director of Editorial Legal Services at Guardian News and Media, about the dangers.
She rightly concludes: “This appears to be yet another backdoor attempt to limit and restrict essential and hard-fought journalistic protections.”
Bloggers should also be aware of this as it could affect them – and they will be much more vulnerable to a police raid- as they would be in a weak position to defend themselves. It is worth reading Vox Political’s blog on this point and taking action.

The official response according to my former colleague Owen Bowcott in the Guardian has been muted.
He reports :A Cabinet Office spokesman said: “Every measure in the deregulation bill is intended to remove unnecessary bureaucracy. Clause 47 would bring the Police and Criminal Evidence Act into line with other legislation in this area and would allow the criminal procedure rules committee to make procedure rules that are consistent and fair.

” However, the government has noted the concerns raised about this issue and Oliver Letwin is happy to meet with media organisations about this before the bill goes to committee.”
I think the government should go further and drop this now. It can hardly save much money and I think their motives in introducing this are questionable and undo good work under the Defamation act and by the Information Commissioners’ Office to protect journalists from interference by the police and the state. 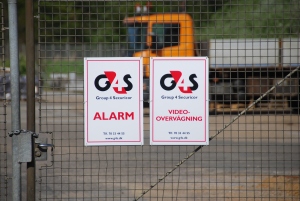 G4S – coming to a police station near you.

Would you trust a private company as much as you would a police force to protect you? Would you believe they follow the same  ethical standards and probity?  Would they train and pay their staff properly?  You could be about to find out as the West Midlands and Surrey police forces start to contract out service provision.

I have just completed a report for Unite the union on some of the companies bidding for £1.5 billion of work with the backing of Theresa May, the Home Secretary. If you link to http://bit.ly/KGVE7I  and download the report you can see my findings on some of the bidders.

A lot are covering up a load of  dark secrets and unethical and immoral practices outside the UK.

If don’t care a damn what happens to Palestinian prisoners on the West Bank in Israel or can’t be bothered that US troops breathe in toxic fumes from burn pits in Kabul or that companies use tax havens to avoid paying out medicare to staff, then you won’t mind what happens to your local police force in Birmingham or Guildford.

Take G4S for example. they have had to admit in their annual report that the need to train people to understand human rights. Evidently their Israeli subsidiary  staff prisons where they practised torture on their Palestinian inmates.

And if you are working in Britain, no prob that the company has axed its final salary scheme for all its employees while lining up a £403,000 a year non contributory pension for its chief executive.when he reaches the ripe young age of 60.

Or that former London police chief,Lord Condon is getting £123,000 plus a year plus his allowances in the House of Lords to promote police privatisation and rubber stamp top salary deals for his fellow directors.

Take another company KVR, best known for building Guantanamo Bay. Not quite as well-known for making sure its 21,000 staff in Iraq need not be covered by Medicare by using a Cayman Island tax haven to avoid having to provide it..

Or in blatant disregard to health and safety they face legal action for burning toxic materials in open tips on US bases in Kabul. So what if troops die from cancer, they are lucky not to be shot by the Taliban instead.

And then they are two home-grown companies. Blue Star, which provided two weeks training for auxiliary firefighters to protect your homes in London, in case the Fire Brigades Union goes out on strike.

And finally Reliance, run by Tory donating Brian Kingham – nice £6m house in Carlyle Square in  Chelsea – finances his company through a rather interesting family  trust – not tax avoiding again, surely not?

Obviously we are going to have a wonderful new era with privatisation – as we ditch ethics for profits.