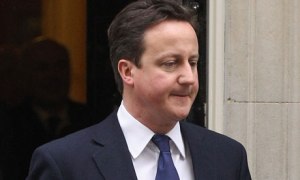 David Cameron has started his re-election campaign by sending out a private questionnaire and personal letter to targeted voters in marginal seats with leading questions on cutting benefits,encouraging immigration and freezing petrol. My story is in this week’s Tribune magazine.

The survey bears all the “dog whistle”  hallmarks of libel trigger happy Lynton Crosby and the execution of Giles Kenningham, now at Conservative Central Office.

The survey also wants to get hold of e-mail addresses of all the participants for future use by Conservative Central Office. It purports to be a simple request to evaluate how the government is doing to help families and asking for advice on how to continue existing policies. The tenor of Cameron’s letter is couched in party political terms.

He says: “Even with the enormous deficit we inherited from the last government forcing us to make tough decisions in every area, I am committed to doing everything possible to help families with the cost of living in these tough times. So I’d like to know what you think about some of the steps we’ve taken so far – and I’d like to know your ideas about what more the Government can do to help families like yours.”

cameron’s survey letter to marginal voters: click on it to read better

There follows a detailed questionnaire on the economy, welfare benefits. And direct questions on attitudes to life  and to political leadership – such as whether or not you believe in rugged individualism without the support of state and that people can get on regardless of  background or not.

The main economic question is slanted against Labour saying : “Even before the banking crisis hit in 2008, the UK was borrowing too much money to pay for public services and public sector jobs that, in the long-term, we couldn’t afford.” Some of the choices are extraordinary – such as a question asking whether a two tier benefit system should be introduced – and existing benefits cut by more than half for those who have only just started paying tax and national insurance.

Voters are invited to put in figures for benefit levels, new caps for the “bedroom tax”,and to comment on evicting council tenants who earn too much money.

David Cameron’s and Ed Miliband’s leadership the questionnaire proposes a dramatic choice. People are asked to choose between “We need leaders who are prepared to listen and to do what people really want” or “We need leaders who will stick to what they believe is right, even if it is unpopular.”

Three rather different questions are asked on immigration, same sex marriage and education  – one definitely pre UKIP surge. The immigration question is ” On balance immigration has been a good thing for this country”. The other on education looks like it had been inserted by Michael Gove: ” Educational standards have been steadily improving in recent years”.

Altogether a very interesting disclosure from a Labour marginal seat in the Midlands. One wonders what that Lynton Crosby  fan (NOT) ‏@LordAshcroft would make of it for fairness and as a tactic. It does suggest Labour need to wake up and small the coffee on campaigning double-quick and start working hard in these marginal seats.

welfare questions – click on it to read it better