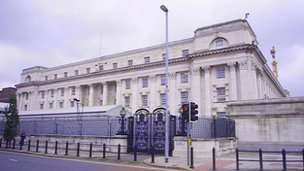 An extraordinary judgement which I reported last year  banning a Facebook page about a convicted paedophile and awarding  him £20,000 damages for harassment is to be challenged in the courts next week.

Facebook is challenging  this decision in the Northern Ireland Court of Appeal claiming the damages awarded to the  sex offender were excessive and he could not reasonably expect privacy following his conviction for offences in the courts.

The case arose after  Joseph McCloskey set up a Facebook profile page called ” Keep Our Kids Safe from Predators 2 ” which posted information about a convicted sex offender called CG.

None of the information published  by McCloskey was private. It was all in the public domain at the time of CG’s conviction. CG’s solicitors complained to Mr McCloskey  who immediately removed all postings relating to CG.

The posts are said to contain threats of violence against the paedophile which judge took particular exception.

But the lawyers weren’t satisfied and went to court claiming the sex offender had been harassed on Facebook and his human rights breached by the publication on Facebook.

The judge found against the campaigner and Facebook and awarded the sex offender £20,000 damages for harassment.

Facebook is now challenging this judgement. There is an  excellent report on the Inforrm blog by trainee barrister Aiden Wills which goes into the legal details of Facebook’s challenge.

Facebook is particularly challenging the judge’s ruling that it should have had detailed knowledge and awareness of what Mr McCloskey wrote -pointing out that such a ruling would mean they would have to have detailed knowledge of every article put up on a Facebook site and whether it could be considered illegal. The case promises to be an interesting one.

UPDATE: The judge has reserved judgement on the case after a two day hearing. Joseph McCloskey did not attend the court as there was a dispute as to whether he was entitled to legal aid.