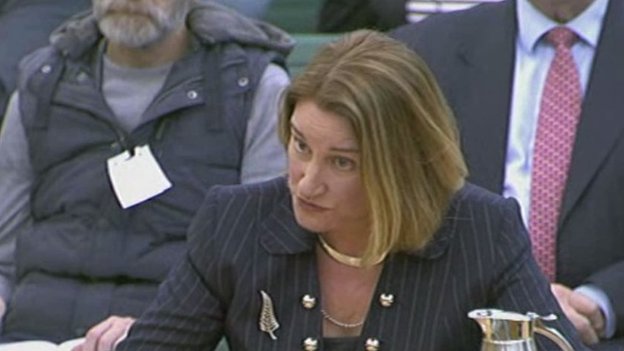 Last month I  highlighted Ben Emmerson’s opening address to the Goddard Inquiry in which the leading counsel raised the argument of examining false accusations of child sex abuse and finding  against those who made them – effectively putting ” survivors on trial “.

I wrote: “this threat …must be very real for survivors who may want to give evidence in highly contentious cases. If  it does – sometime down the route – look at the Westminster paedophile ring – will ” Nick ” be expected to testify and face questions from lawyers for Harvey Proctor  who is alleged to be his abuser ( and vociferously denies it)- at the risk that a ” court” will decide he could be publicly condemned for going to the police in the first place.”

Now Lowell Goddard has confirmed this in an otherwise finely balanced statement issued surprisingly on All Fools Day ( but then she is a New Zealander and may not have known).

In it she says:

“. I am committed to ensuring that we hear all relevant testimony, including from victims and survivors as well as from those affected by false allegations of abuse. As I announced in November last year, the Inquiry intends to explore the balance which must be struck between encouraging the reporting of child sexual abuse and protecting the rights of the accused.

I am determined to get the process of the Inquiry right.

I will ensure that all relevant evidence is considered. As is standard practice in public inquiries, questions to witnesses will normally be asked by Counsel to the Inquiry whose role will include, where necessary, the exploration of witness credibility. Affected parties will not ordinarily be permitted to ask questions of witnesses directly, but as I said in my Opening Statement in July 2015, affected parties are entitled to make an application to ask direct questions and I will grant those applications if fairness requires it. “

Yes there is a point here but the press seem to have immediately interpreted this to mean that  Harvey Proctor will have his day in court so he can condemn ” Nick” and ” Nick’s ” credibility will be judged by Lady Goddard and Ben Emmerson.

I am not going to comment further on Proctor’s case  but  draw attention  to another scenario.

Dame Janet Smith’s conclusion on the Jimmy  Savile scandal at the BBC concluded that  paedophiles were both very clever and manipulative ( Harvey Proctor’s lawyers please note this is not a reference to him).

Now just imagine if Bishop Peter Ball had appeared before Goddard after he had been first cleared but well before his recent conviction as a sex offender in a fresh police investigation.

Justice Goddard and Ben Emmerson would have heard what a decent and well respected chap he was from George Carey, Archbishop of Canterbury, Tory Mp, Tim Rathbone, Lord Justice Lloyd and ex Tory minister Sir Tim Renton. What chance would any  survivor have against such a phalanx of the great and good to be ” credible” let alone ” credible and true”. I can just imagine the line of questioning from Ben Emmerson and he wouldn’t be hauling the former Archbishop of Canterbury over the coals.

And how utterly stupid Lowell Goddard and Ben Emmerson would have looked when a subsequent police inquiry found the Bishop guilty.

The pitfalls of handling the Westminster paedophile allegations in such a way should be clear to see and the inquiry better think very carefully about how they are going to do it. And survivors again the  Latin words ” Caveat Emptor” – buyer beware – should be utmost in their minds  before taking part in such an inquiry.

20 thoughts on “Is Lowell Goddard moving towards a ” Show Trial ” over the Westminster Paedophile Ring?”