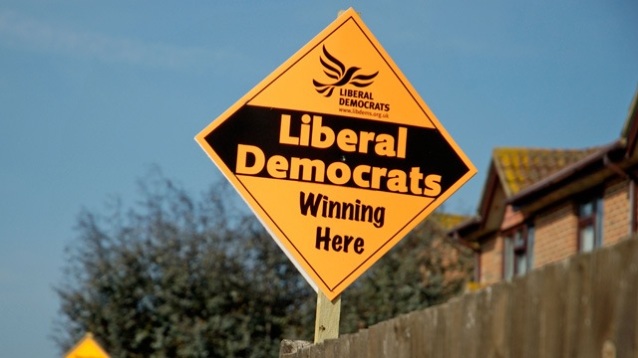 The meltdown in the 2015 general election  left the Liberal Democrats with just eight seats in Parliament.The party seemed incapable of recovering from the damage it suffered from the electorate by going into a coalition with the Tories.

Indeed last year’s council by-elections saw the Lib Dems losing more ground to the Tories in places like Woking and Brentwood. The party made a little progress in the May local elections gaining 45 seats and control of one council, Watford.

Yet since the Brexit vote the Liberal Democrats – unscathed by any party infighting – have made  no fewer than six gains – two in Cornwall and one each in Wiltshire, Surrey, Norfolk and Northampton. I have written about this in Tribune  this week.

The interesting thing is not just the gains but the huge leap in vote share by the Liberal Democrats.

The latest result in Northampton – which came in after Tribune went to press- saw in Westone the Lib Dem share up 36.4 per cent and the Tory share down 28.8 per cent. A very useful website Vote UK Forum  records that in this ward the Lib Dems – despite a low poll – garnered 268 more votes  than in the general election.

The only other factor appears to be that the Liberal Democrat had stood for a nearby area some time ago and there was some resentment that the Tory lived in a village and not in the town.

The party – like Labour – is being helped by the decline in support for the now leaderless UKIP since the referendum. UKIP appears to be both declining and having difficulty in putting up council candidates.
The Lib Dem gain from UKIP in Cornwall was caused by UKIP not putting up a candidate in a seat they already held. As a result the Lib Dem candidate won the Newquay seat with a 57 per cent share of the vote. Conservative and Labour shares were down.
Lib Dems did well defeating another independent in Cornwall and one in Trowbridge, Wiltshire where the party got 45 per cent share of the vote. In North Norfolk they roundly defeated the Tory candidate in a seat which the Lib Dems had not contested at the last council election.

The interesting point is this is not being repeated where the Liberal Democrats are fighting Labour in metropolitan areas.Apart from a modest rise in one Islington seat won convincingly by Labour and a near miss in Southwark the party is performing dismally.

This would suggest that the “Corbyn” factor has not damaged Labour in its strongholds – indeed often the opposite with the Labour share increasing. And the Voter UK website also points that the revitalised local Labour Party are by far the best in getting their local vote out – up 10 per cent on average this year. But the Tories are holding off challenges from Labour in Tory marginals.

4 thoughts on “Liberal Democrats: On the rise again in the shires?”