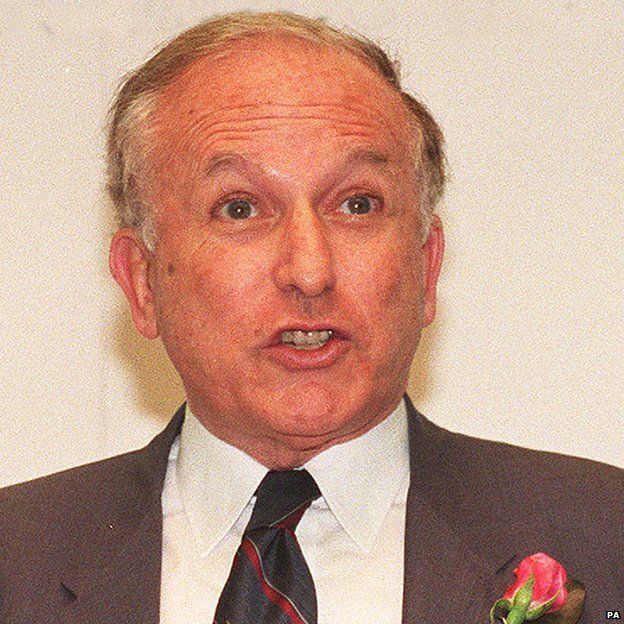 Earlier this blog ran a piece highlighting why  I believed on the basis of current investigations and recent inquiries that Daniel Janner must be wrong to say that all the cases of alleged child sex abuse against his father, Greville, are fabricated.

I sent him the blog. He came back to me to put his case and released some documents including one sent to the child sexual abuse inquiry. He did not put me under any pressure to write anything else.

In the interests of transparency and fairness I think it worth reporting what the family think. Daniel Janner tells me his views reflect the views of his sisters,Marion and  Rabbi Laura Janner-Klausner. I am not saying I agree with them but I am saying that if and when the cases are examined by Independent Inquiry into Child Sexual Abuse they have to be handled with care. The inquiry will have to ask  searching questions as to why they were not raised all that time ago.

Daniel Janner points out that the original allegations against his father were raised by the notorious paedophile Frank Beck  during his trial. As the excellent book I reviewed earlier, Abuse of Trust, reveals Beck was a sadistic, manipulative character who conned a weakly run Leicestershire social services department and the local Liberal Party into believing he had a magic touch in dealing with seriously disturbed children. Therefore he would and could manipulate  survivors at the time.

Daniel Janner’s case is that during the original  police investigation into Beck his father’s name was never mentioned despite 400 people being interviewed ( it was the first serious police investigation into child sex abuse). He also has a statement from a convicted burglar who shared a cell with Beck who says Beck planned to  falsely drag Greville Janner into the allegations against him before he stood trial.

He is particularly disparaging of  the claims of one of the survivors – who also made allegations against Janner  at the time- and points out discrepancies into the claims  made by other survivors. In one case, he produced a copy of his father’s passport to show that he was in Australia when an alleged offence took place. In another case in Scotland he says his visit was much shorter than alleged.

He also says as he had the power of attorney for his father, who had Alzeheimers before he died, he has reviewed all the evidence supplied by the Crown Prosecution Service  for the trial that was abandoned against him and in his view none of it stood up. When pressed to explain why there are 33 people making allegations his father, he says a number  of them are a conspiracy which has become a bandwagon aimed to claim money against his father’s estate.

There are at least six claimants – according to  the document submitted by his solicitors  to the inquiry – claiming compensation from the estate.

He wants them to face a civil trial where ” the Estate will be able to examine the claimant’s overall credibility, the consistency of the allegations,the reasons for the delay in bringing the claims and the authenticity of any psychiatric symptoms that are now alleged to have been caused by the abuse.”

“The Estate will also be able to explore the effect of the delay on the evidence, in particular the absence of any earlier accounts by the claimants, the effect of missing witnesses and documents and the effect on memories of the passage of time.”

He says none of this will be possible in the inquiry which could then issue a finding of fact against Janner and the letter to the inquiry from his solicitor says: ” factual findings…will prejudice the Estate’s position in any civil claims, which would be unjust.”

His family’s decision not to become ” a core participant ” in the inquiry – someone entitled to all the documents and to mount a response- does place the inquiry in difficulty.

But he is also taking a risk in the civil court. A criminal court would have acquitted Janner if there had been any  reasonable doubt about the evidence against him. A civil court will have to decide on the ” balance of probabilities” which is a lesser level of proof.

They also have a position where the Criminal Prosecution Services decided there was a case to answer and  the original police investigation which found no evidence is now under investigation by the Independent Police Complaints Commission. None of those points are in Janner’s favour.

That is why  for both the family’s sake and the survivors’ sake in my view  there needs to be a thorough investigation.