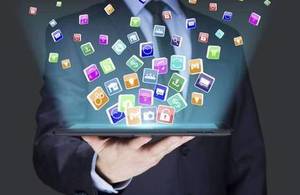 Another day, another waste of taxpayer’s money on a scheme run by private contractors that was meant to cut costs for employers but has ended up with a huge unforeseen bill for the taxpayer.

While the privatised part of the probation service has had to be bailed out by the Justice ministry, at the same time the Home Office is having to pay out hundreds of millions of pounds to keep on track the digitalisation of the Disclosure and Barring Service.

This is the service that provides proof that people working with children do not have criminal records, and aren’t paedophiles so children and vulnerable adults can be safe. The service -like many others- had been run by Capita.

The government in 2012 decided to digitalise the service – promising big savings for employers, and a new updating service transferring the cost to the person seeking the job.

By this year the Home Office thought the number of disclosure certificates needed by employers would drop by a massive 67 per cent as 2.8 million people  seeking work with children would pay out £13 a year for an update of their certificate negating the need for new certificates. The cost of certificates to employers was expected to be cut.

As a National Audit Office report  released recently shows nothing of the sort happened.

Instead only 900,000 people decided to do this. Why? Because normally the employer pays for the certificate so it costs the applicant nothing.

As a result the NAO says: “The update service is losing DBS £9 for every sale. DBS’s 2016-17 Annual Report and Accounts report that the update service costs DBS £22 but is priced at £13 per paying applicant per year. ”

Then the 2,250 profit making firms who check the identities – from GB Group plc and  Atlantic Data Ltd to Capita Resourcing Ltd. make much more money from processing full certificates than checking updates. So they never promoted the service on their websites.

But there was far worse to come. The government appointed Tata to modernise the service and  build a new IT system  and then promptly changed the specification of what was needed. This resulted in delays and led to a one year extension for Capita which was running the service. Payouts totalling £26m had to be made to Tata for the delays and changes.

And then costs rocketed by £229 million and it is now three and half years late. Bizarrely because people have not switched  to the update service the DBS has got extra income worth £304m. Tata and Capita are still making profits. Rewards for failure at a cost to employers.

So who lost out? First employers who were promised cheaper bills – each certificate costs them £56.

But also us. There is one thing the DBS don’t do. After supplying the information about a potential employee, they never check whether the employer does disbar him or her. Since the whole point of this huge process is to protect children and vulnerable adults from predators and violent abusers you might have thought they would check up.

And given the current fashion where people who claim to be sexually abused might not be believed or labelled fantasists – I don’t think we should wait for a horrible incident to find out.

3 thoughts on “Revealed:The over budget safeguarding system that doesn’t know if your kids are safe from sexual predators”