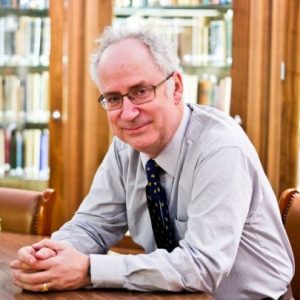 While Theresa May is battling to hold her line on Brexit her almost unreported initiative to reform the mental health act is leading to demands for the government to introduce radical reforms for treatment and new rights for patients.

A submission from Race on the  Agenda and the Race Equality Foundation to the review  by Sir Simon Wesseley, set up by Theresa May to look into why so many black Afro Caribbean people were being detained in mental hospitals and the need for changes to the Act. It also comes against a disturbing background of deaths in police custody.

The submission has been backed by the Runnymede Trust;Patrick Vernon OBE, Chair of the Labour Party’s Race Equality Advisory Group, writer Amy Kenyon and Professor Rachel Tribe, of the School of Psychology at the University of East London among others.

The Downing Street interim report  contained many warm words but not a lot of action. It stated: “Experience of people from black African and Caribbean heritage are particularly poor and they are detained more than any other group. Too often this can result in police becoming involved at time of crisis. The causes of this disparity are complex.” The  full report  and details of its members  and terms of reference is available here.

Now the submission to the inquiry proposes major changes to tackle the problem. The link to it is here. The main proposals are:

1. The Mental Health Act (the Act) should set out principles that define human rights, anti-discriminatory practice and a commitment to combat institutional racism.
2. The Act should be amended to include a clause that states explicitly that a diagnosis for a ‘mental disorder’ must take account of the patient’s social and cultural background. And the Act should allow for appeals against diagnoses via a Tribunal, with a panel that includes experts from BAME backgrounds.
3. Patients detained under the Act should be empowered to choose which carers or family members have a say in their care and can support them during an appeals process.
4. A new system of appeal whenever a new diagnosis is applied and/or continued, to a tribunal-like body, with the right of the patient concerned to have legal representation at the hearing.
5. All mental health service providers should be set targets to reduce the use of Community Treatment Orders and minimize racial inequalities in their use. This should be monitored by the Care Quality Commission  during inspections. Specific amendments in relation to supervised treatment in the community should be made to ensure this is statutory.
6. Statutory bodies should be regularly inspected by the CQC or other appropriate body to ensure that training of professionals working in mental health services addresses issues of racial bias and cultural competence.

The  submission  says: “:We were glad to see an emphasis on the urgent need to address the disproportionate number of people from black African and Caribbean backgrounds being detained under the Mental Health Act (MHA).

Equally, we were unsurprised that Black, Asian and Minority Ethnic (BAME) focus group participants highlighted a lack of cultural awareness in staff and a need for culturally appropriate care as paramount. We would express concerns about racism, stigma, stereotyping and overmedication. We hope that these findings will guide and underpin the recommendations made in the final report ”

It is to be hoped that Sir Simon and Theresa May do take action to remedy these many faults in the system. Otherwise it will be another case of political posturing  like help for the ” just about managing” which has so far amounted to warm words and little else.

There were concerns expressed at the recent conference organised by Rota at the University of East London that little would really be done to tackle this. If little happens it will only make matters worse and there is a need for strong campaign to make sure Downing Street does really listen.