The All Party Parliamentary Group on Women’s State Pension Inequalities is to be revived and will try and persuade the Tory government to make a offer to the 50swomen.

Tim Loughton, Conservative MP for Worthing East and Shoreham, used his response to the Queen’s Speech, to say both he and Carolyn Harris, Labour MP for Swansea, East will approach ministers again to try and get some money. Mr Loughton was returned with an increased majority while Carolyn Harris saw her majority severely reduced.

If the deal is anything like the last one it is likely to cost some £2 billion and probably only cover a small portion of the women who may get £73 a week. Before the election Mr Loughton said as a condition BackTo60 would have to drop its legal action against the Department of Work and Pensions, according to the Daily Express.

He used his latest speech to attack Labour for offering to spend £58 billion over five years to remedy the situation describing it as having ” disgracefully raised false hopes in vulnerable women. “

This is the full extract of his speech on the issue:

“It is an issue that featured rather disgracefully during the election campaign, and it is that of the so-called WASPI women.

Many on this side and, of course, on the other side have championed the case of the 1950s pension women who were hit disproportionately by those changes in the pension age under previous Governments. Many of us have been lobbying the Government to acknowledge that disproportionate disadvantage and to do something about it.

I will call on the Government again and, working with my co-chair of the all-party group on state pension inequality for women, we will continue to put pressure on the Government to acknowledge that and do something about it.

The Labour Opposition’s uncosted promise of £58 billion, which did not appear in their manifesto, disgracefully raised false hopes in vulnerable women.

That amount was almost half the NHS budget, and it was never going to happen. I do hope that we can come up with a realistic, deliverable, doable offer for those women who have suffered and are suffering disproportionately, because that is the right thing to do. “

His speech cut no ice with BackTo60. They are to continue pressing ahead with their application for an appeal in the New Year to get full restitution for the women with the support of the trade unions.

Unison, the largest public service union, are donating £700 to the cause on top of the £80,000 already raised.

Meanwhile I expect some more lobbying from Connect Public Affairs and Waspi to press for a reduced deal. Below is an example sent to me of an earlier lobbying campaign captured in Portcullis House in the House of Commons.

The seven  MPs who demanded an overarching inquiry into child sexual abuse have written to Theresa May, the home secretary again – this time to say survivors must be appointed to the new independent panel.

My  report on  the Exaro website reveals that the seven have asked for a meeting to discuss who will sit on the panel and what the terms of reference should be.

The letter says: “If Lady Butler Sloss is to Chair the Inquiry, and given the many questions that have surrounded her appointment, it is essential that the group as a whole is absolutely robust, with a wide range of trusted representatives, including survivors.”

The good news is that all the MPs are agreed that survivor involvement is a must and a robust panel is essential. Zac Goldsmith said:”The strength and credibility of the inquiry will depend on the terms of reference and the panel of people, who must be absolutely bullet-proof.

It is excellent that the seven are emphasising the role for survivors and tough people on the inquiry. It is exactly what is needed. The signs are that Theresa May is willing to meet them possibly early this week as she is not expected to be affected by the reshuffle. 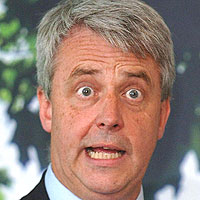 The professional organisation for social workers, the British Association of Social workers, has asked its 15000 members to lobby MPs to press  for a national overarching inquiry into historic child sexual abuse

It comes as the number of MPs  backing the call  launched by seven MPs including former children’s minister, Tim Loughton and Zac Goldsmith has now jumped to over 100.

The full story by my colleagues Mark Conrad and Alex Varley-Winter is published on the Exaro website today.

David Niven,former chairman of the BASW who runs a child protection consultancy, told Exaro that a national inquiry was “long overdue”.

“A national inquiry is much needed, and it is about time it happened. We have campaigned for decades for an inquiry that would be comprehensive, which would ‘clear the air’, reassure the public and co-ordinate the way forward for child protection.”

All this shows is that the government is going to come under growing pressure to act and that David Cameron and Andrew Lansley, the leader of the House of Commons and the man responsible for the  unpopular  NHS  reform and privatisation  programme, are going to find it more difficult to stick to their line in trying to ignore the move.

Mr Lansley at the moment  doesn’t even want Parliament to debate the issue. I bet you he doesn’t.

The pressure on the government to launch an over arching inquiry into historic child sexual abuse is growing hourly. The number of Mps supporting such a call has gone from 50 to  80.

Full details are available in two new articles posted today on the Exaro website. The first gives the overall picture as MPs email Tim Loughton, the former children’s minister, in  response to his letter sent to every MP. The second article gives full details of every MP backing the project and their responses – and in some cases caveats.

Andrew Lansley, the leader of the House of Commons, was also questioned by Tim Loughton today at business questions when he sought time for a debate on the issue in the Commons.

Mr Lansley is sticking to the PM’s line in refusing an inquiry but promising to keep it under review. He is not in a hurry to grant a debate either.

How long can the government and the mainstream media ignore this growing pressure driven by people, including victims of sexual abuse, on Twitter? I think it is going to become increasingly difficult for Mr Cameron and Theresa May to refuse to do this. 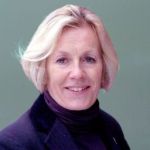