Today I got  praised by Zac Goldsmith MP for the work  Exaro and I have been doing on investigating child sex abuse and helping to press for an overarching inquiry into the issue.

But I could not have done this without the help from survivors,contacts  and MPs who have passed vital information allowing me to investigate this scandal in the first place.

Also this is a team effort.  Exaro colleagues like Mark Conrad have uncovered amazing  leads and Mark Watts, editor of Exaro, has fearlessly put this whole investigation together.

I can assure everybody that Zac Goldsmith,Tom Watson and Simon Danczuk are very concerned to get to the real truth behind such a disturbing scandal that has remained hidden for decades. No one is going to be silenced very easily.

The future direction of the overarching inquiry into child sexual abuse announced by Theresa May, the home secretary, should become clearer next week.

I understand from more than one source that Fiona Woolf, the new chairman  and Lord Mayor of London, is likely to make a statement setting out exactly what her connection is with her near neighbours Leon and Diana Brittan following criticism  about them by Simon Danczuk, one of the MPs who backed the need for an inquiry , and survivors alarmed at another cover- up at Westminster.

As I write in Exaro today she has  been under fire from the Mail on Sunday about her links mainly with Leon’s wife Diana, whom she also served under for three years as a magistrate in the City of London. The Mail on Sunday is expected to return to the fray tomorrow.

Her appointment has been defended by one of the key members and a survivor himself, Graham Wilmer. As he told Exaro;

“I think that she is the right person for the job. We need someone who is not involved in the issues of child sex abuse who can apply a legal mind to a very complex and wide-ranging inquiry.

“I have been on too many inquiries entirely composed of experts on child sex abuse who spend their time arguing and do not come to a conclusion.”

Tom Watson has also  backed an inquiry going ahead despite misgivings from survivors about Fiona WEoolf’s connection with the Brittans. His blog explains.

But Simon Danczuk is still pursuing the issue.

He challenged William Hague, now leader of the House, in Parliament on Thursday demanding a debate.

He told him :“Although I am anxious for the inquiry to be got up and running, I am disturbed by the apparent links between the new chair and Lord Brittan, who is alleged to be at the heart of the paedophile scandal and cover-up surrounding Westminster.”

Mr Hague defended her: “She is a very distinguished person, who is well able to conduct the inquiry to the very highest standards of integrity.

“The government is therefore confident that she has the skills and experience needed to set the direction of the inquiry, lead the work of the panel, challenge individuals and institutions without fear or favour, really get into this issue and stop these terrible things happening again. I think that we should support her in doing this work.”

At present the Lord Mayor is abroad in Africa. You could find out all about her on her website.

She has a full programme of business trips for the City of London. You can find out about them here She is in Africa until September 18, goes to Latvia from September 21-24 and to China and Vietnam from October 5- 15.

How the inquiry develops will depend on Fiona Woolf’s response to the allegations, who else is appointed to the committee and its terms of reference. Hopefully all will be revealed by the end of next week.

The seven  MPs who demanded an overarching inquiry into child sexual abuse have written to Theresa May, the home secretary again – this time to say survivors must be appointed to the new independent panel.

My  report on  the Exaro website reveals that the seven have asked for a meeting to discuss who will sit on the panel and what the terms of reference should be.

The letter says: “If Lady Butler Sloss is to Chair the Inquiry, and given the many questions that have surrounded her appointment, it is essential that the group as a whole is absolutely robust, with a wide range of trusted representatives, including survivors.”

The good news is that all the MPs are agreed that survivor involvement is a must and a robust panel is essential. Zac Goldsmith said:”The strength and credibility of the inquiry will depend on the terms of reference and the panel of people, who must be absolutely bullet-proof.

It is excellent that the seven are emphasising the role for survivors and tough people on the inquiry. It is exactly what is needed. The signs are that Theresa May is willing to meet them possibly early this week as she is not expected to be affected by the reshuffle.

Every MP in Parliament is to be asked by former Conservative children’s minister, Tim Loughton, and  Zac Goldsmith, Tory MP for Richmond, to sign up to the original call by seven MPs of all parties for an independent panel  to be set up by Theresa May, the home secretary.

The latest move revealed today by Exaro news is a further acceleration of a campaign  which has now attracted support – at the latest count of 53 MPs.

A groundswell of support in Parliament for such an inquiry quickly grew thanks to a crowd-sourcing campaign by Exaro’s Twitter followers (@ExaroNews), and David Cameron was challenged about it at prime minister’s questions last week.

The original seven – as well as Loughton and Goldsmith – are Tom Watson. the Labour MP who raised the Peter Righton scandal in Parliament; Simon Danczuk, who has written a book and raised the scandal about serial paedophile Sir Cyril Smith;Liberal Democrats Tessa Munt and John Hemming and Caroline Lucas, the Green Party MP.

Full details of the letter sent to Theresa May and a full list of the 53 MPs backing the inquiry are on the Exaro website. 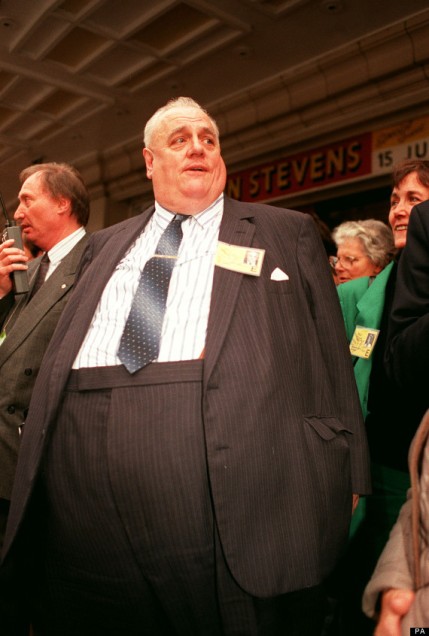 A report in Exaro News by my colleague Nick Fielding warns that the files now being examined by the police could provide further horrendous disclosures surrounding child sexual abuse in the town. Although the police abandoned an investigation in Cyril Smith they are now investigating complaints of child sexual abuse involving the school committed by other people at the time.

The investigation comes as a new book by Labour MP Simon Danzcuk, the MP for Rochdale will be published this month which  will look at Cyril Smith’s career and connections.

Far from going away it looks like that further revelations will show just like the Jimmy Savile affair, Cyril Smith was able to get away with his appalling predatory career without any hindrance or intervention from people who should have known better.