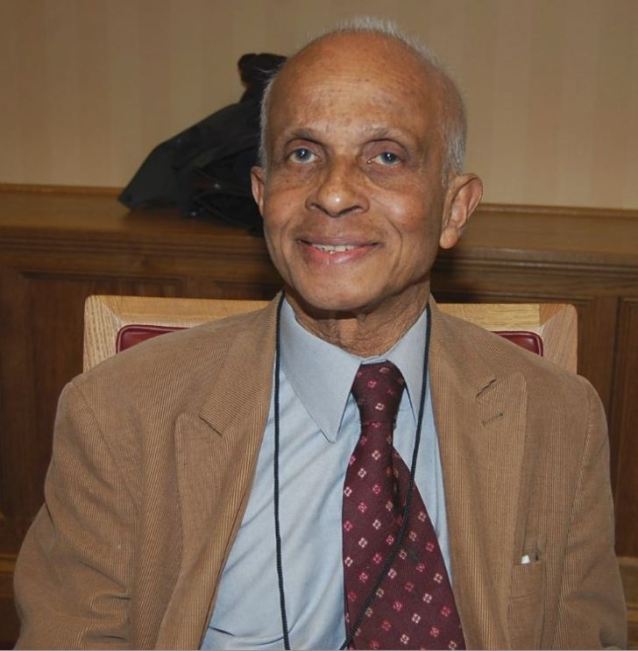 Suman Fernando is a gentle soft spoken  consultant psychiatrist, lecturer and honorary professor at the London Metropolitan University.    The 85 year old is not the sort of person at first sight to produce such a searing critique of racism in the UK and the US and the baleful role psychiatrists have had in treating ethnic minorities in both countries.

His book released at  the end of last year and launched by ROTA – Race on the Agenda – looks at both the history of racism which he dates from 1492 when the Spanish finally  removed the Moors from Europe and the role of psychiatry in treating ” mentally ill”  black and brown patients over a very long period.

The book is particularly relevant as Theresa May has  quietly decided to review the UK’s mental health laws  which cover some of these issues – signalling her intent by  holding a meeting of psychiatrists at Number Ten Downing Street.

It also comes at a time when the election of Donald Trump, the rise of Islamophobia in the wake of 9/11 and to an extent, the worst excesses of some people supporting Brexit, has seen a revival of popular nationalism and in the US, white supremacists.

He traces racism from the bloody Inquisition in Spain through the development of the slave trade, the rise of eugenics leading to Nazism,  the Imperialist destruction of other cultures by colonisation to the ” rivers of blood” speech of Enoch Powell as Britain faced an immigration wave in the 1960s and 1970s.

His  thesis is that – mainly because of the 1970s race relations legislation in Britain – overt racism has until recently been replaced with a form of institutional racism and psychiatry is no exception to the rule.

Indeed some of the worse psychiatric theories to treat people as seen by superior whites as ” the other” came from this profession. This was the profession that applied the concept of  ‘Drapetomania’  to slaves in the USA, the primary symptom being a persistent urge to run away.  The implication was Black Afro-Caribbeans were supposed to be happy and content as slaves  and had mental problems if they wanted their freedom.

In Britain the book provides numerous examples of how different ways of dealing what is an obvious imbalance in the number of Afro-Caribbeans being sectioned compared to white Britons. Attempts to change treatment or properly research the issue by black psychiatrists were undermined in a typical British way – their work was subsumed by more conventional psychiatrists or their findings were ignored.

He also reveals  how attempts to change matters politically were undermined. Tony Blair  appointed Paul Boateng – now Lord Boateng- as the first minister for mental health in 1997. At the time he was known to be  strident in wanting to change the treatment of black Afro Caribbeans like himself- but within months he was squashed.

Since 9/11 the danger is that racism is on the rise with Muslims rather than Afro Caribbeans as the main target. That is why the timing of this book is relevant in the context that the mental health legislation is being revised. Already psychological research is being used as a basis in the Prevent programme to decide whether teachers or NHS staff, their pupils and their patients, should be reported to the authorities if they show signs of radicalism.

The next slippery step would be to decide that these people are insane – and should be sectioned rather than prosecuted. This is not as fanciful as it sounds. Under  Labour there was a move to classify stalkers of VIPs as a mental illness and Jack Straw when he was home secretary is said to have considered whether paedophiles should be classified as insane rather than criminals.

That is why this book is so interesting because it tells how deep seated racism is among white Europeans  and how insidious the present system is in dealing with the ” other” – from stop and search to sectioning.

The one sad thing is that the book itself has been “Ghettoised” – it has been pigeon holed by the publisher  as part of ” contemporary black history ” when it is much more of an account of how contemporary British and US society has reached such a view on black and brown people.

The German publisher has created another ghetto by price – Palgrave Macmillan have priced it at a ridiculous £67.99 or £53.99 as an e-book. Amazon have a Kindle version at £45.19. So I suggest you try and get it in a public library or if you are a student make sure your university library has got one.